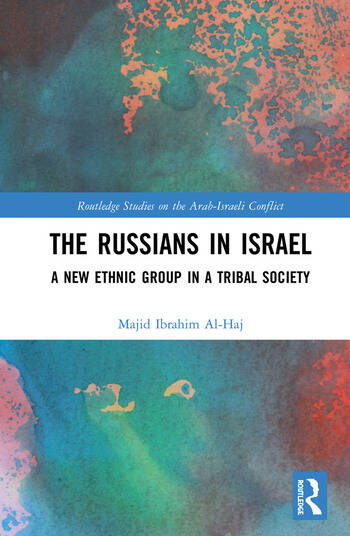 The Russians in Israel: A New Ethnic Group in a Tribal Society

This book constitutes the first systematic and critical discussion of questions of immigration and society in Israel from a global perspective.

The comprehensive study covers the 30-year period since the beginning of the immigrant influx from the former Soviet Union in the 1990s and incorporates data based on a variety of quantitative and qualitative research methods. It provides an important opportunity to examine identity and patterns of adaptation among immigrants, with the added perspective afforded by the passage of time. Moreover, it sheds light on the Russians' cumulative influence on Israeli society and on the Israel-Palestinian conflict. Considering all groups within Israeli society, it covers Palestinian-Arab citizens in Israel who have almost never been included in analyses addressing questions of Jewish immigration to Israel. Multiculturalism is the central theoretical framework of this study, alongside specific theoretical considerations of ethnic formation, political mobilization among ethnic groups, and immigration and conflict in deeply divided societies. However, while Jewish-Arab relations in Israel are typically analyzed in the context of majority-minority relations, this book offers a pioneering approach that analyzes these relations within the context of a Jewish majority with a minority phobia and an Arab minority with a sense of regional majority.

Addressing existing and anticipated influences of Russian immigrants on politics, culture and social structures in Israel, as well as the Israeli-Palestinian conflict, The Russians in Israel will be useful to students and scholars of Middle Eastern politics and society, as well as Israel, Russian, and Ethnicity Studies.

2. Israel as a deeply divided society: multiculturalism versus tribalism

3. Jewish immigration to Palestine-Israel and the waves of immigration from Russia and the former Soviet Union: A Background

4. The politics of identity among immigrants and their location within the ethnic map of Israel

5. Political behavior and the activation of ethnic boundaries

6. Non-Jewish immigrants and the dilemma of a Jewish state

7. Immigrants, conflict, and the social map in Israel

Majid Ibrahim Al-Haj is a Professor Emeritus of Sociology and the founding director of the Center for Multiculturalism at the University of Haifa, Israel. He is the author of Immigration and Ethnic Formation in a Deeply Divided Society: The Case of the 1990s Immigrants from the FSU in Israel (2004).