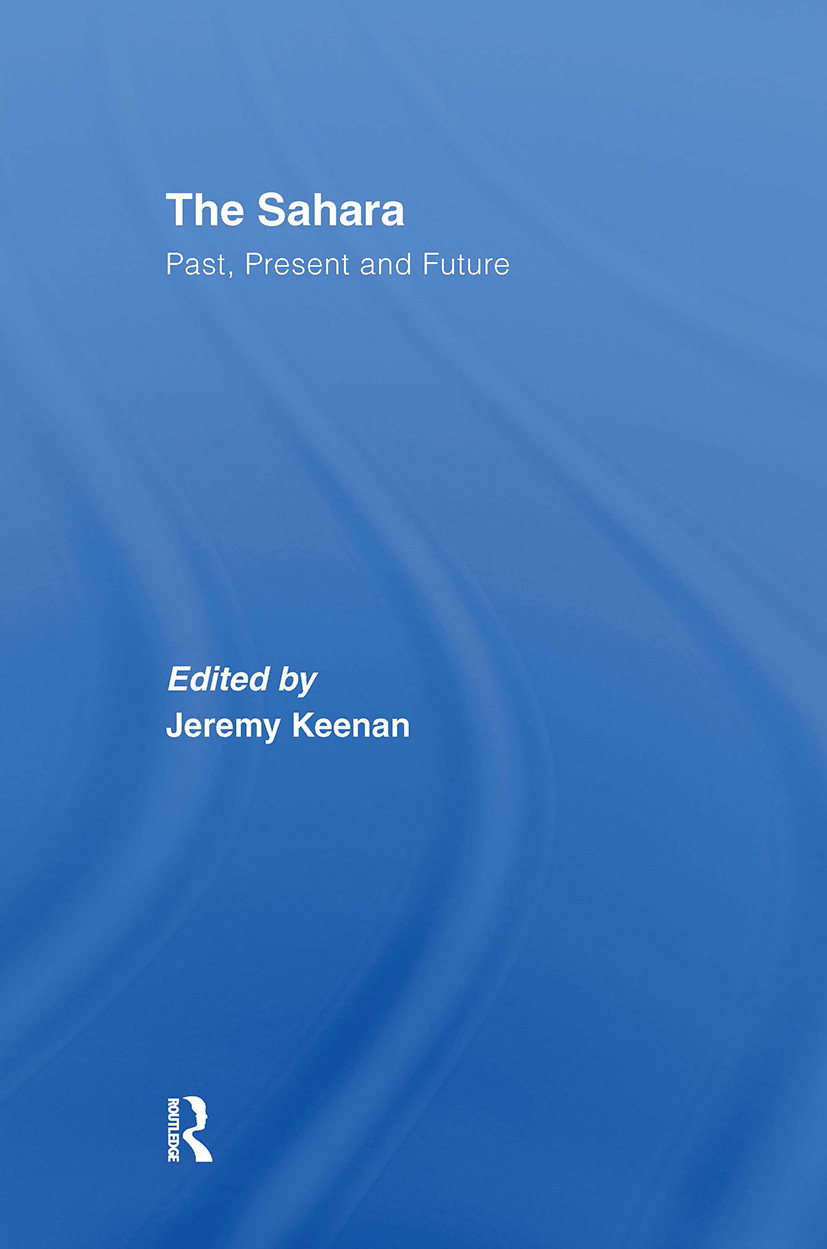 Past, Present and Future, 1st Edition

This collection examines the Sahara holistically from the earliest (prehistoric) times through the ‘historical’ period to the present and with political direction into the future. The contributions cover palaeoclimatology, history, archaeology (cultural heritage), social anthropology, sociology, politics and international affairs. Structured chronologically, the volume can almost be read as a narrative of the Sahara from the earliest times to the present, i.e. from the past climates of the Sahara in prehistoric times to the current ‘war on terror’ and its implications for the peoples of the Sahara. Importantly, the collection shows how the region must be approached ‘holistically’, highlighting the importance of each of these subject areas (palaeo-climates, history, politics, etc.) in relation to each other. Indeed, the first contribution is a remarkable (and unique) paper, bringing together the work of some 8-9 internationally recognised scientists to tell the story and show the relevance to the present day of the Sahara’s past climates etc. Nearly all the contributions stand in their own right at the cutting edge of research in their respective fields (e.g. archaeology, history, politics, etc.).

This book was previously published as a special issue of the Journal of North African Studies.

1. Introduction 2. The Climate-Environment-Society Nexus in the Sahara from Prehistoric Times to the Present Day 3. Writing Trans-Saharan History: Methods, Sources and Interpretations Across the African Divide 4. The North African Factor in Tajdeed Tradition In Hausa Land, Northern Nigeria 5. The Question of 'Race' in the Pre-Colonial Southern Sahara 6. Conceptualising the Sahara: The World of Nineteenth-Century Beyrouk Commerce 7. Briefing. Approaches to the Archaeology and Environment of the Sahara: The Fazzan Project (1997-2002) 8. Garamantian Agriculture and its Significance in a Wider North African Context: The Evidence of the Plant Remains from the Fazzan Project 9. Cultural Heritage and Conflict: The Threatened Archaeology of Western Sahara 10. Incoming Tourism, Outgoing Culture: Tourism, Development and Cultural Heritage in the Libyan Sahara 11. Funerary Monuments and Horse Paintings: A Preliminary Report on the Archaeology of a Site in the Tagant Region of South East Mauritania - Near Dhar Tichitt 12. La Mauritanie: Un 'Etat-Frontière' au Sahara 13. From Tamanrasset: The Struggle of Sawaba and the Algerian Connection (1957-1966) 14. Clerics, Rebels and Refugees: Mobility Strategies and Networks among the Kel Antessar 15. The Struggle for Western Sahara: What Future for Africa's Last Colony? 16. Nationalism, Identity and Citizenship in the Western Sahara 17. The UNDP, the World Bank and Biodiversity in the Algerian Sahara 18. Libya 19. Waging War on Terror: The Implications of America's 'New Imperialism' for Saharan Peoples. Briefing. Looting the Sahara: The Material, Intellectual and Social Implications of the Destruction of Cultural Heritage. Abstracts. Personal Biographies

Jeremy Keenan is Senior Research Fellow and Director of the Saharan Studies Programme at the University of East Anglia. He first visited the Tuareg in 1964 and has subsequently written four books and several dozen academic articles on them and related peoples/regions of the Sahara-Sahel. He has also produced a series of films on the cultural heritage of the Sahara. He holds visiting posts at a number of universities