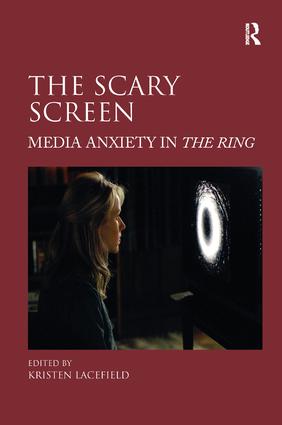 In 1991, the publication of Koji Suzuki's Ring, the first novel of a bestselling trilogy, inaugurated a tremendous outpouring of cultural production in Japan, Korea, and the United States. Just as the subject of the book is the deadly viral reproduction of a VHS tape, so, too, is the vast proliferation of text and cinematic productions suggestive of an airborne contagion with a life of its own. Analyzing the extraordinary trans-cultural popularity of the Ring phenomenon, The Scary Screen locates much of its power in the ways in which the books and films astutely graft contemporary cultural preoccupations onto the generic elements of the ghost story”in particular, the Japanese ghost story. At the same time, the contributors demonstrate, these cultural concerns are themselves underwritten by a range of anxieties triggered by the advent of new communications and media technologies, perhaps most significantly, the shift from analog to digital. Mimicking the phenomenon it seeks to understand, the collection's power comes from its commitment to the full range of Ring-related output and its embrace of a wide variety of interpretive approaches, as the contributors chart the mutations of the Ring narrative from author to author, from medium to medium, and from Japan to Korea to the United States.

'Like "the ring" itself, this book is viral: it gathers into itself literature and film, disease and survival, cultural studies and aesthetics, Japan and America, technology and the family. We won't read Suzuki's novels or watch the films in the same way again. A thoroughly readable and teachable text!' Steven Bruhm, Robert and Ruth Lumsden Professor of English, The University of Western Ontario, and author of Reflecting Narcissus: A Queer Aesthetic 'Taking as its point of departure the phenomenon of The Ring in all its manifestations”the Japanese novel, the Japanese film, the American film, and the various sequels”The Scary Screen offers an in-depth and sustained speculation about the anxiety created by the development of communication technologies. The collection introduces startling insights into the relationship between changes in media forms and widespread fears of contagion, while also identifying a new universal form of horror that has emerged in recent decades as the status of reproduction”both technological and biological”has undergone a profound transformation. The essays included here represent a powerful theoretical response to this transformation.' Todd McGowan, University of Vermont, and author of The Impossible David Lynch and The Real Gaze '… The Scary Screen is a useful contribution to studies of The Ring, horror film, and cultural anxieties evoked by technology.' Journal of the Fantastic in the Arts

Contents: Introduction: media anxiety and the Ring phenomenon, Kristen Lacefield; Part I Spreading the Word: The horror of media: technology and spirituality in the Ringu films, Anthony Enns; Tracing the transference of a cross-cultural media virus: The evolution of Ring, Greg Wright; From gene to meme: the rhetoric of thought contagion in Koji Suzuki's Ring cycle, Chris Miles. Part II Loss in Translation: Cultural constructions of the supernatural: the case of Ringu and The Ring, Valerie Wee; Video killed the movie: cultural translation in Ringu and The Ring, Steven Rawle; 'Before you die, you see The Ring': notes on the imminent obsolescence of VHS, Caetlin Benson-Allott; Bleeding through, or we are living in a digital world and I am an analog girl, Jeremy Tirrell. Part III Techno-Human Reproductions: Techno-human infancy in Gore Verbinski's The Ring, Kimberly Jackson; Of horse blood and TV snow: abhuman reproduction in The Ring, Niles Tomlinson; Horrific reproductions: pathology and gender in Koji Suzuki's Ring trilogy, D. Haque; Computer shy: Ring and the technology of maternal longing, Douglas A. Brooks. Part IV Afterword: Haunted networks, Jeffrey Sconce; Further reading; Index.

Kristen Lacefield is a Ph.D. candidate in English at the University of North Carolina, USA.