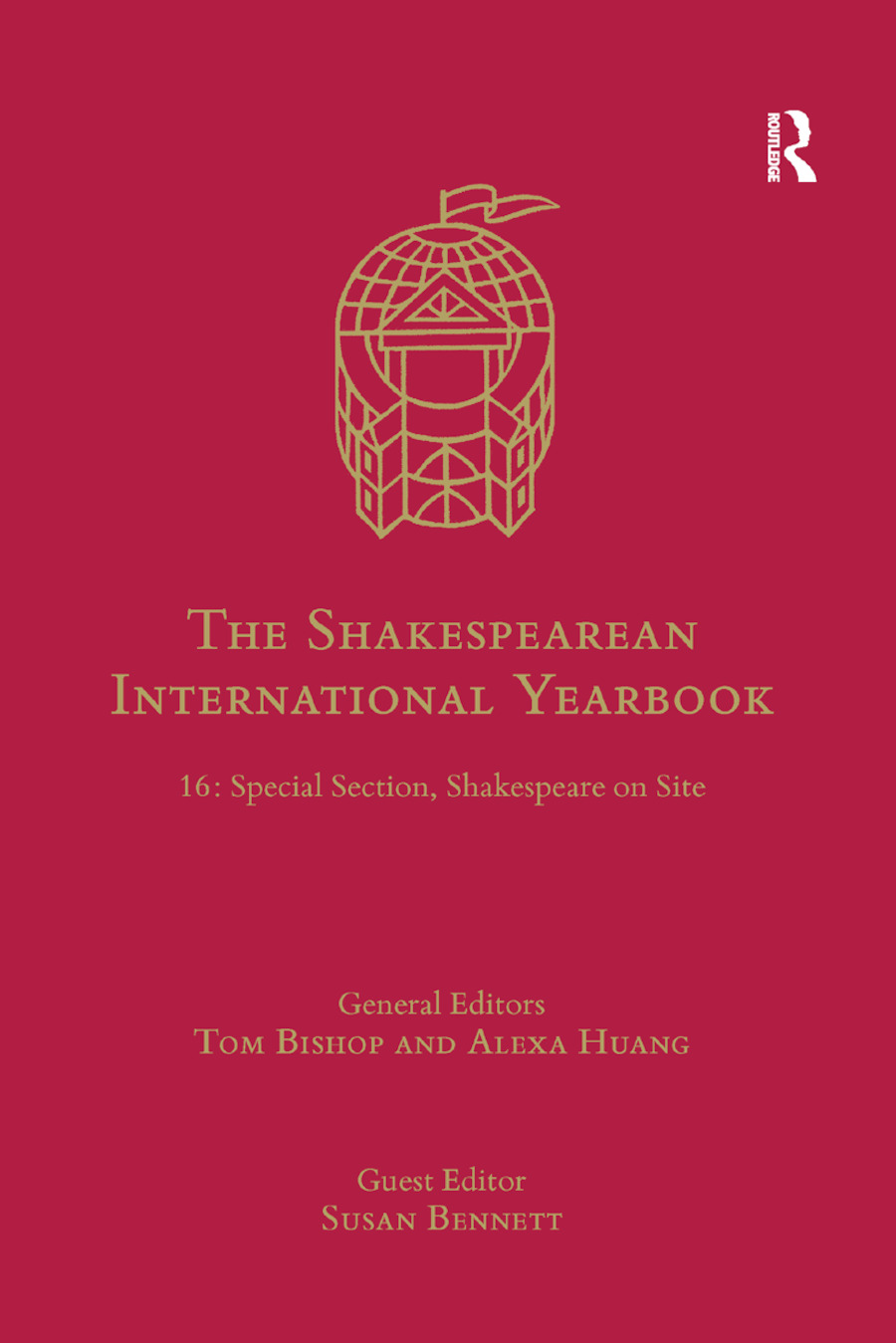 Shakespearean performances regularly take place at both historic sites and locations with complex resonances, such as Shakespeare’s Globe Theatre in London and the royal castle of Hamlet – Elsinore – in Denmark. The present issue of the Shakespeare International Yearbook examines the impact of specificities such as festivals and performance sites on our understanding of Shakespeare and globalization. Contributions survey the present state of Shakespeare studies and address issues that are fundamental to our interpretive encounter with Shakespeare's work and his time, across the whole spectrum of his literary output.

1 Shakespeare on Site: Here, There and Everywhere

2 Proximal Dreams: Peter Sellars at the Stratford Festival of Canada

3 The Site of Burial in Two Korean Hamlets

4 The Merchant of Ashland: The Confusing Case of an Organized Minority Response at the Oregon Shakespeare Festival

5 Exhibiting the Past: Globe Replicas in Shakespearean Exhibitions

7 Shakespeare Going Out Here and Now: Travels in China on the 450th anniversary

8 “What ceremony else?” Images of Ophelia in Brazil: The Politics of Subversion of the Female Artist