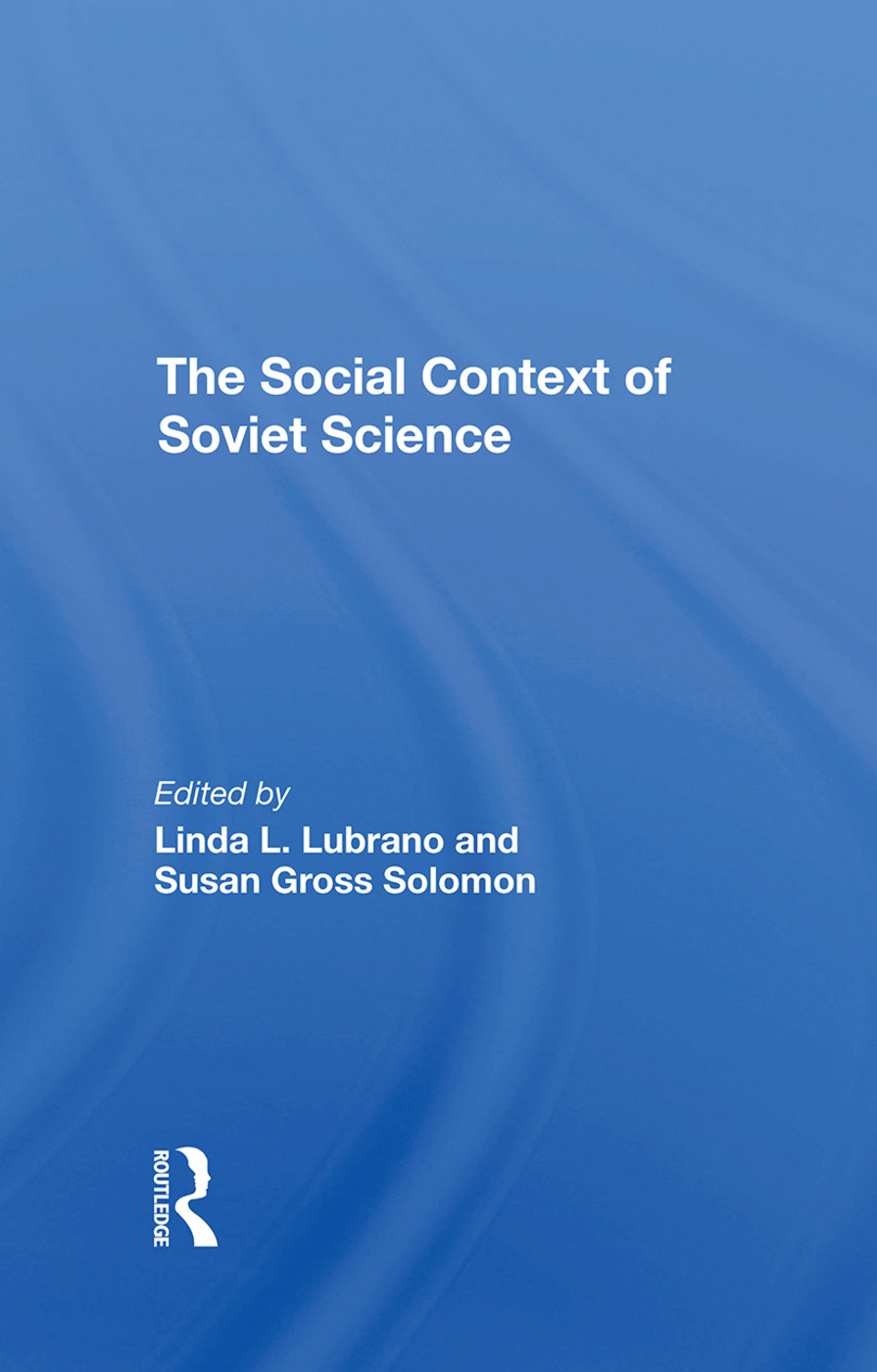 The Social Context Of Soviet Science

From its very beginnings Western scholarly writing on Soviet science has been largely contextual in orientation, with particular attention given to the institutional and political setting of science in Russian and Soviet history.

Also of Interest -- Preface -- Reflections on Western Studies of Soviet Science -- Why Doesn't Soviet Science Do Better Than It Does? -- The Organizational Environment of Soviet Applied Research -- Scientific Collectives: Behavior of Soviet Scientists in Basic Research -- The Technical Specialists: Social Composition and Attitudes -- Science, Ideology, and Structure: The Kol'tsov Institute, 1900-1970 -- Reasons for Studying Soviet Science: The Example of Genetic Engineering

Linda L. Lubrano is associate professor in the School of International Service, College of Public Affairs, at The American University, Washington, D.C. She is author of Soviet Sociology of Science (American Association for the Advancement of Slavic Studies, 1976). Susan Gross Solomon is associate professor of political economy and an associate of the Centre for Russian and East European Studies and the Institute for the History and Philosophy of Science and Technology at the University of Toronto, Canada. She is the author of The Soviet Agrarian Debate: Controversy in Social Science, 1923-29 (Westview, 1978).