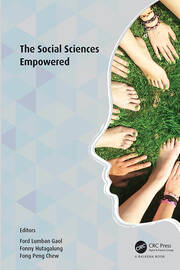 Contributions to these proceedings give necessary insight into the cultural and human dimension of such diverse research areas as transport, climate change, energy and agriculture. ICIBSoS 2018 also analyses the cultural, behavioural, psychological, social and institutional drivers that transform people’s behaviour and the global environment. ICIBSoS 2018 proposes new ideas, strategies and governance structures for overcoming the crisis from a global perspective, innovating the public sector and business models, promoting social innovation and fostering creativity in the development of services and product design.

Ford Lumban Gaol received his B.Sc. in Mathematics, Master of Computer Science and the Doctoral degree in Computer Science from the University of Indonesia, Indonesia, in 1997, 2001 and 2009 respectively. He is currently Associate Professor of Informatics Engineering and Information System at Bina Nusantara University. He is the Chair of the PhD Program and Research Interest Group Leader in Advance System in Computational Intelligence & Knowledge Engineering (IntelSys) at Bina Nusantara University. Dr. Ford was the Vice Chair of IEEE Indonesia section for International and Professional Activities. He is the Chair of SERSC: Science & Engineering Research and Support society Indonesia Section and IIAI Japan Steering Committee Co-Chair. Dr. Ford is involved with projects related to Technology Alignment with a number of multinational companies like Astra, United Tractors, Telkom and Sony Erickson. He was also the recipient of the IEEE Visiting Professor scholarship to Hong Kong University in 2011. More than 110 of his papers are indexed in SCOPUS and he has published with numerous respected international publishing houses.

Dr. Fonny Dameaty Hutagalung is senior lecturer and received a B.Sc. in Psychology in 1996, and a Master and Doctorate in Psychology from the National University of Malaysia. She is former Head of the Department of Educational Psychology and Counseling. Her research interests are psychology and the education field, especially early childhood education, psychological testing and behavior analysis in social science and humanities. She has published with numerous respected international publishing houses, including Taylor & Francis (United Kingdom), Springer Nature (Singapore), and Cambridge Publishing (USA). Her most recent books are Social Interaction and Networking in Cyber Society, Trends and Issues in Interdisciplinary Behavior and Social Sciences and Managing Service, Education and Knowledge Management in the Knowledge Economic Era, and Research in Early Childhood Education. More than 70 of her research articles have been published in High Impact indexed journals (Thomson Reuters) and proceedings indexed by Scopus.

Fong Peng Chew is senior lecturer at the Faculty of Education, University of Malaya (UM), Malaysia. She teaches in the Malay language education and early childhood education program at UM. She has presented approximately 144 working papers at national and international seminars and conferences in Malaysia and in foreign countries including the United States of America, the United Kingdom, France, Switzerland, Greece, Japan, South Korea, China, Taiwan, Singapore, Thailand, the Philippines and Indonesia. She has published 5 books, 68 journal articles, 59 conference proceedings papers, 32 book chapters, 16 translated books, and has edited 9 books. She has completed 16 research projects of which 6 were led by her. She won many medals in academia and innovative expo. UM Outstanding Service Award (2008), being listed in Marquis Who's Who in the World 2011, 2012, 2014, 2015, 2018; 2000 Intellectual in the World for 21st Century Year 2011. Chew is article reviewer for some international journals besides some local journals. Besides that, Chew was invited as visiting professor at Peking University from October 2011 to June 2012 during her sabbatical leave. Chew won the "The World Outstanding Researcher" award (2013). 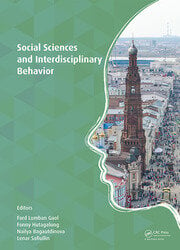 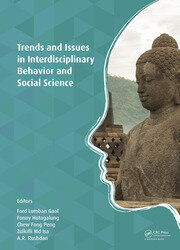 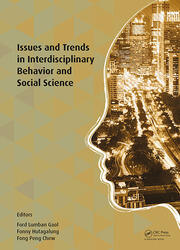