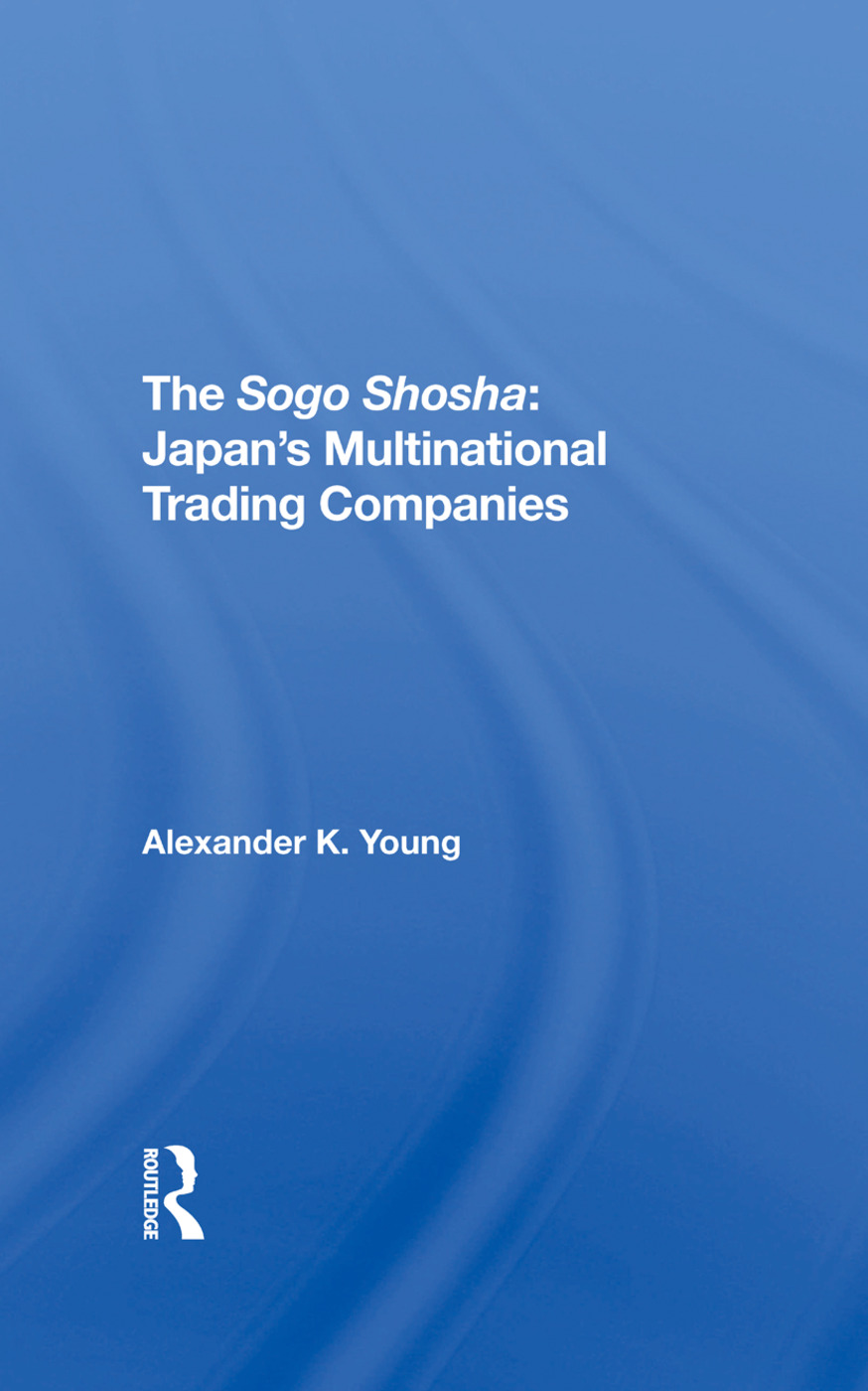 The sogo shosha, Japan's general trading companies, are regarded as a key element in the country's rapid economic growth after World War II and its great success in international trade. In Japanese fiscal year 1975, the ten largest sogo shosha had total sales of $155 billion, accounting for 56 percent of Japan's exports and imports, 18 percent of domestic wholesale trade, and 31 percent of GNP. On the international level, the transactions of these companies in the same year were 5 percent of world export trade. This book—the first comprehensive, English-language work on the sogo shosha—systematically describes and analyzes the basic characteristics, business methods, sales and profit trends, strategies, national roles, global reach, strengths and weaknesses, and future prospects of these global trading conglomerates. In examining both the national and the global facets of the sogo shosha, the author presents the economic and social origins of the ten largest companies, how they differ from the pre-World War II zaibatsu, and how they resemble and differ from Western multinational corporations. A wealth of statistical and tabular material supplements his account of the sogo shosha as Japan's chief importers of foodstuffs, raw materials, and equipment; as the advance guard of Japanese exports; as a driving force to rationalize the domestic distribution system; and as investor-organizers of multinational overseas natural resource development programs.

Preface -- What They Are and What They Do -- The Sogo Shosha’s Core Business -- The Ten Largest Sogo Shosha -- Services and Resources for Conducting Business -- Evolution and Roles -- Growth Trends and Business Strategies: 1960-1973 -- Roles in the Post–World War II Japanese Economy -- Overseas Natural Resource Development Projects -- Challenges and Prospects -- Strategic Changes Since 1973: Management Efficiency and Global Reach -- The Sogo Shosha in World Commerce