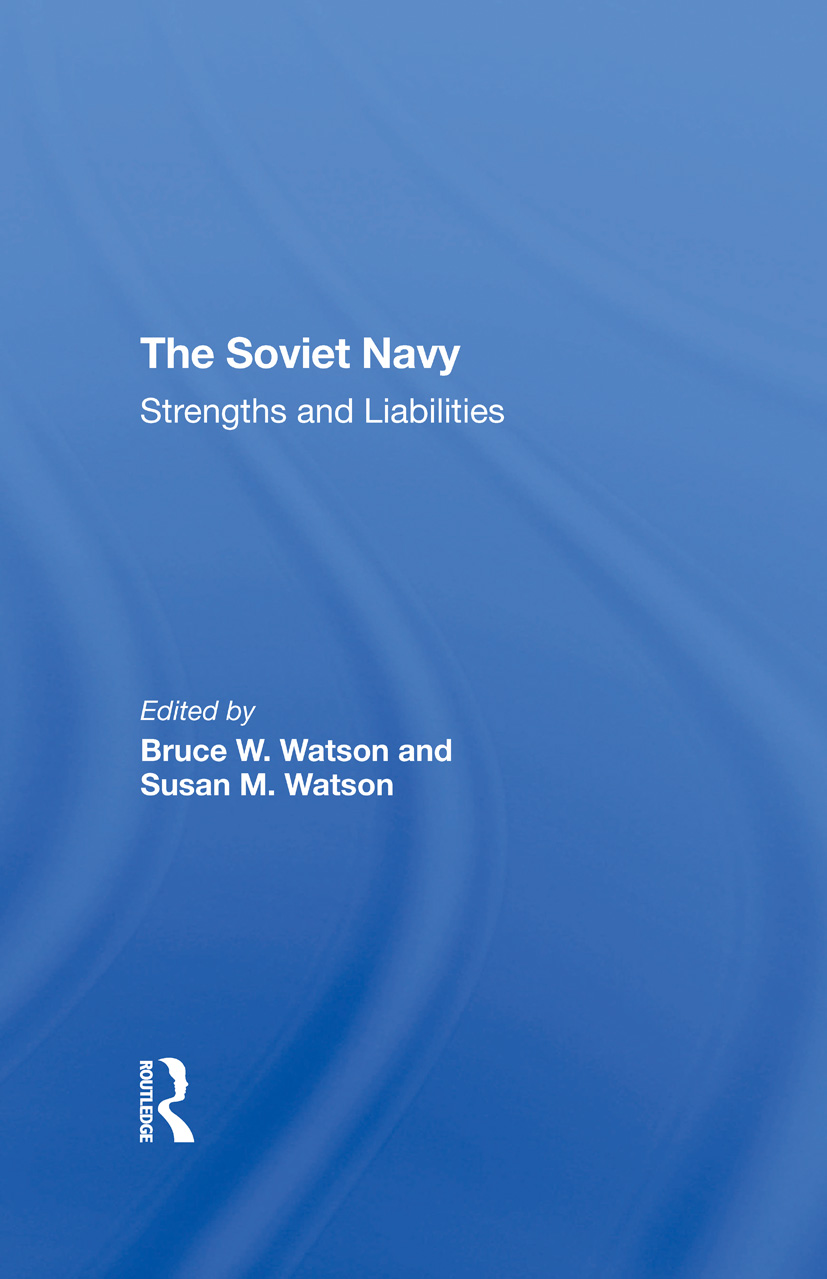 Since Admiral Sergei G. Gorshkov was appointed to the office of commander in chief of the Soviet Navy in 1956, the Soviet Union has made a massive investment in naval construction, training, and operations. As a result, the Soviet Navy has grown from a coastal defense force to one of the world's two strongest navies. This book offers a detailed assessment of every major aspect of the Soviet Navy, from fleet structure and training facilities to command and control procedures and warfare and intelligence collection capabilities.

Bruce W. Watson is director of publications at the Defense Intelligence College and is the author of numerous military books, including <i>Red Navy at Sea: Soviet Naval Operations on the High Seas, 1956-1980</i> (Westview, 1982).

Susan M. Watson received her education at Trinity College and Georgetown University and is currently a free-lance editor and consultant.