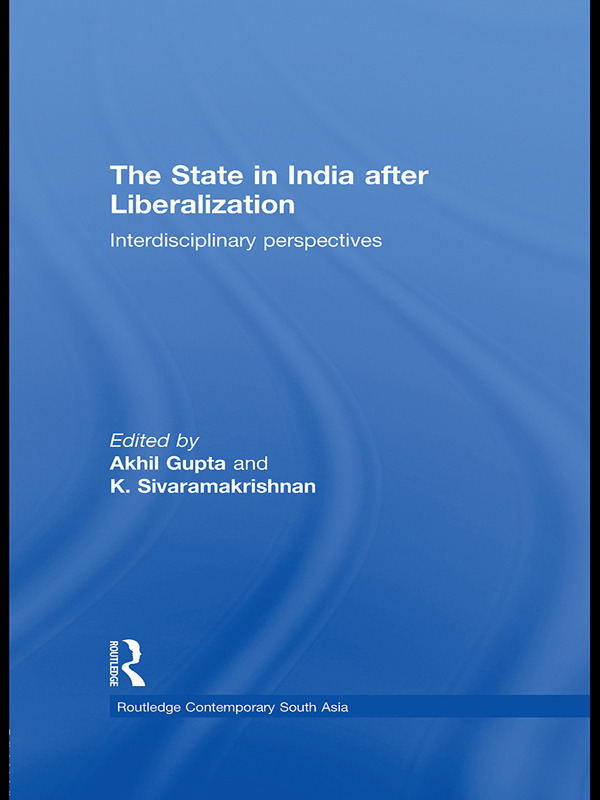 The State in India after Liberalization

This book assesses the impact of liberalization on practices of government and relations between state and society. It is clear that liberalization as state policy has complex forms of regulation and deregulation inbuilt, and these policies have resulted in dramatic increases in productivity and economic wealth but also generated spectacular new forms of inequality between social groups, regions, and sectors.

Through a detailed examination of the Indian state, the contributors - all experts in their respective fields - explore questions such as:

By focusing on what specifically has changed about the state after liberalization in India, this volume will shed light on comparative questions about the process of neoliberal restructuring across the world. As such, it will be of interest to scholars of a variety of disciplines, including sociology, anthropology, political science, geography, international studies, public policy, environmental studies and economics.

"The contributions to this volume provide a colourful panorama of life in ‘liberalized’ India. The state is not always directly visible in these contributions, but the changed conditions of political life in the ‘new’ India are well illustrated by all those who have summed up their interesting field work in this publication." - Dietmar Rothermund, H-Soz-u-Kult, 2011

Introduction: The State in India After Liberalization Akhil Gupta and K. Sivaramakrishnan Part 1: The Indian State as Moral and Political Economy 1. On the Enchantment of the State Sudipto Kaviraj 2. An Institutional Perspective on the Post-liberalization State in India Aseema Sinha Part 2: Citizens, Sociality, and Association 3. States of Empowerment Aradhana Sharma 4. ‘New Politics’ and the Governmentality of the Post-liberalization State in India: An Ethnographic Perspective John Harriss Part 3: Liberalization, the State, and the Experience of Poverty 5. Poverty Knowledge and Poverty Action in India Anirudh Krishna 6. ‘Money Itself Discriminates’: Obstetric Crises in the Time of Liberalization Patricia Jeffery and Roger Jeffery Part 4: Law, Identity, and Rights 7. Normative Vision, Cultural Accommodation and Muslim Law Reform in India Narendra Subramanian 8. The Rule of Law and the Rule of Property: Law-Struggles and the Neo-Liberal State in India Nandini Sundar Part 5: Enterprising Citizens 9. The Terms of Trade: Competition and Cooperation in Neoliberal North India Kriti Kapilla 10. Becoming Entrepreneurial Subjects: Neoliberalism and Media Purnima Mankekar

Akhil Gupta is Professor of Anthropology at the University of California in Los Angeles. His research interests lie in political anthropology, cultural theory and cultural geography, postcolonial studies, development, and food and the environment.

K. Sivaramakrishnan is Professor of Anthropology at Yale University. An environmental historian and political anthropologist, his research interests include colonial and contemporary forest and nature conservation in South Asia, rural and regional development, comparative social theory, and the cultural geography of migration in India.