The Story of the Salem Witch Trials

The Story of the Salem Witch Trials

Between June 10 and September 22, 1692, nineteen people were hanged for practicing witchcraft in Salem, Massachusetts. One person was pressed to death, and over 150 others were jailed, where still others died. The Story of the Salem Witch Trials is a history of that event. It provides a much needed synthesis of the most recent scholarship on the subject, places the trials into the context of the Great European Witch-Hunt, and relates the events of 1692 to witch-hunting throughout seventeenth century New England.

This complex and difficult subject is covered in a uniquely accessible manner that captures all the drama that surrounded the Salem witch trials. From beginning to end, the reader is carried along by the authorâ€™s powerful narration and mastery of the subject. While covering the subject in impressive detail, Bryan Le Beau maintains a broad perspective on events, and wherever possible, lets the historical characters speak for themselves. Le Beau highlights the decisions made by individuals responsible for the trials that helped turn what might have been a minor event into a crisis that has held the imagination of students of American history.

1. "A Biography of a Terrible, but Perfectly Normal Superstition"

The Origins of European Witchcraft

The Development of European Witchcraft

A Summary View of Witch-hunts in England

2. "Having Familiarity with the Devil"

The Pattern of Witch-hunt Activity in Seventeenth-Century New England

A Glimpse at Salem's Past

The First Signs of the Devil

4. "Is Not this a Brand Plucked from the Burning?"

The Cases of Martha and Giles Corey and Dorcas Good

5. "If They are Let Alone, We Should All be Devils and Witches"

The Cases of Elizabeth and John Proctor

The "Black Minister" is Apprehended

6. "God Will Deliver Us Out of the Hands of Unmerciful Men"

The Case of George Jacobs Sr.

7. "God Will Give You Blood to Drink"

The Court of Oyer and Terminer Is Established

The Court Completes Its First Session

The First Mass Execution and Its Effects

8. "What a Sad Thing it is to See Eight Firebrands of Hell Hanging There"

The Case of George Burroughs

The Proctors Are Condemned

The Hangings of August 19

The Trials of September: The Cases of Martha Corey and Mary Easty

9. "It were Better that Ten Suspected Witches Should Escape, than that One Innocent Person Should be Condemned"

Voices are Raised in Opposition to the Trials

Phips Dismisses the Court of Oyer and Terminer

The Jails Are Emptied

The Superior Court of Judicature

The Magistrates and the Court of Oyer and Terminer, Guilty As Charged?

10. "Ruined in the Mistaken Mismanagement of the Terrible Affair Called Witchcraft"

Cotton Mather and His "Wonders of the Invisible World"

Bryan Le Beau is Professor of History and Vice President for Academic Affairs and Dean of the College at the University of Saint Mary in Leavenworth, Kansas. He holds a Ph.D. from New York University and has published several books on various topics in American history, including this second edition of The Story of the Salem Witch Trials. 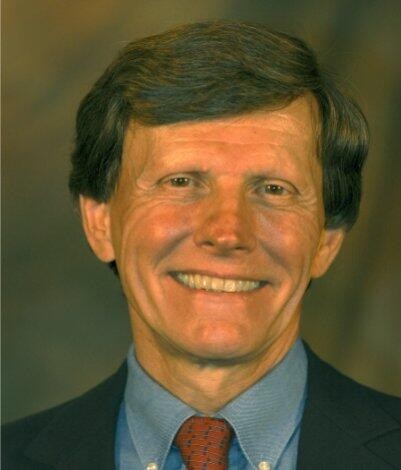