Postmodern global terrorist groups engage sovereign nations asymmetrically with prolonged, sustained campaigns driven by ideology. Increasingly, transnational criminal organizations operate with sophistication previously only found in multinational corporations. Unfortunately, both of these entities can now effectively hide and morph, keeping law enforcement and intelligence agencies in the dark and on the run.

Perhaps more disturbing is the fact that al Qaeda, Hezbollah, FARC, drug cartels, and increasingly violent gangs—as well as domestic groups such as the Sovereign Citizens—are now joining forces. Despite differing ideologies, they are threatening us in new and provocative ways. The Terrorist-Criminal Nexus: An Alliance of International Drug Cartels, Organized Crime, and Terror Groups frames this complex issue using current research and real-world examples of how these entities are sharing knowledge, training, tactics, and—in increasing frequency—joining forces.

This text reveals the often disregarded, misunderstood, or downplayed nexus threat to the United States. Proving definitively that such liaisons exist despite differing ideologies, the book provides a thought-provoking new look at the complexity and phenomena of the terrorist-criminal nexus.

This book was excerpted in the February/March 2013 issue of The Counter Terrorist.

Colonel (Ret.) Jennifer L. Hesterman was commissioned in 1986 as a graduate of Air Force ROTC at Penn State University. During her twenty-one-year career, she served three Pentagon tours and commanded multiple units in the field. Her last assignment was Vice Commander, 316th Wing at Andrews Air Force Base, Maryland, the home of Air Force One. Her decorations include the Legion of Merit and the Meritorious Service Medal with five oak leaf clusters. Colonel Hesterman is a doctoral candidate at Benedictine University and also holds master’s degrees from Johns Hopkins University and Air University. In 2003, she was a National Defense Fellow at the Center for Strategic and International Studies in Washington, DC, where she immersed herself in a year-long study of the nexus between organized crime and international terrorism. Her resulting book won the 2004 Air Force research prize and was published by AU Press. She is a cleared professional for the MASY Group, a national security and intelligence firm; contributing editor for The Counter Terrorist magazine; and a guest lecturer for federal and state law enforcement agencies.

" ... Jennifer L. Hesterman has a solid professional career as a retired U.S. Air Force Colonel with multiple unit commands, including leadership of an Air Force Base EOC during 9-11... . The Terrorist-Criminal Nexus squarely focuses on the threat posed by violent non-state actors (VNSAs) and their increasing levels of interaction and cooperation. ... As a reviewer, I very much enjoyed the chapters of the work on terrorist and criminal traditional financing methods (Ch. 6) and on terrorist and criminal exploitation of E-commerce (Ch. 7). They provided a nice contrast between the old and the new methods of raising, storing, and moving wealth via the illicit (dark) economy. Also, the inclusion of ‘drug cartels’ in the book – and considered by Hesterman distinct from organized criminals – was of great interest ... ."
—e-International Relations

" ... aimed at North America, but much applies to the UK."
—Professional Security Magazine Online

" … the reader’s awareness of this alarming alliance of politically or religiously motivated terrorists and materialistic criminals will undoubtedly be heightened by this work."
—Hugh J. Martin, Retired Police Chief, Wisconsin, in Security Management 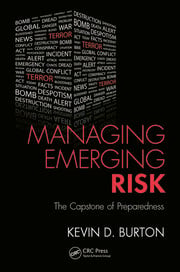 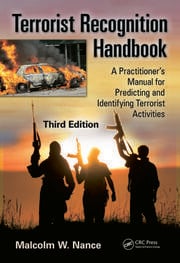