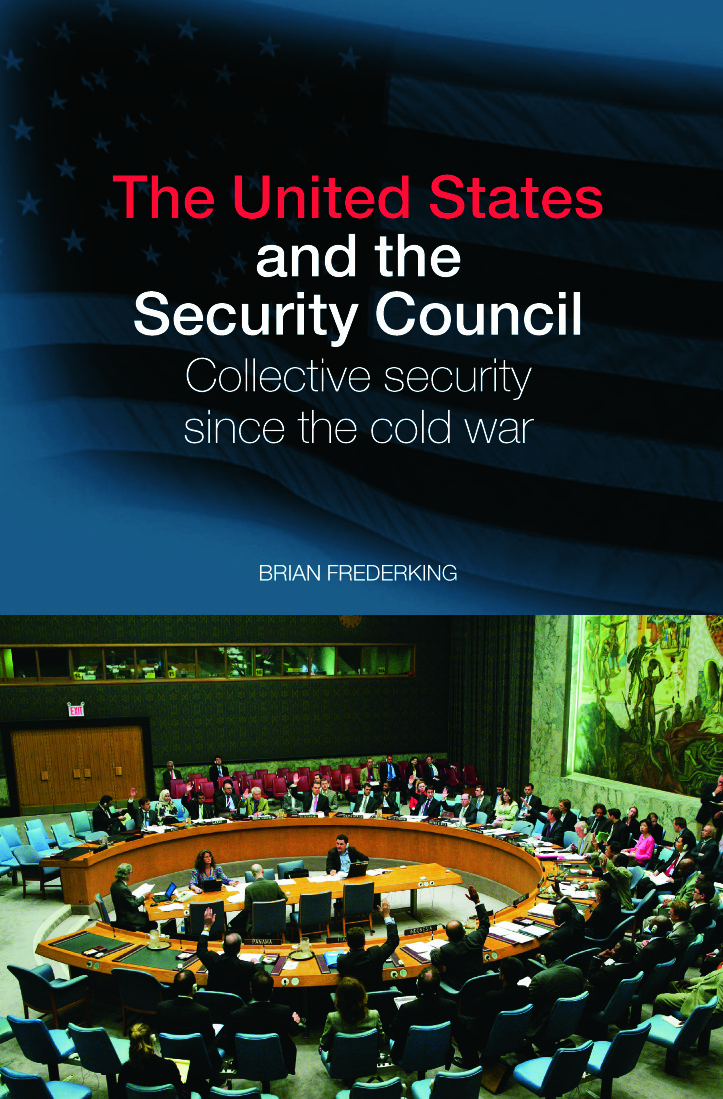 The United States and the Security Council

This book describes the rules governing international security decision-making and examines the different understandings of collective security in the post-Cold War world.

The post-Cold War world has largely been a struggle over which rules govern global security. Discussions and decisions following the events of 9/11 have highlighted differences and disputes in the United Nations Security Council. Where Russia, China, and France prefer ‘procedural’ collective security, in which all enforcement attempts must be explicitly authorized by the Security Council, the US and Britain prefer ‘substantive’ collective security, in which particular countries can sometimes take it upon themselves to enforce the rules of the global community.

Using a constructivist theory of global security to analyze a series of case studies on Iraq (1990-91); Somalia, Rwanda, and Haiti; Bosnia and Kosovo; Afghanistan and Iraq (2003), the author demonstrates how competing interpretations of collective security recur. Challenging the claim that 9/11 fundamentally changed world politics, Brian Frederking argues that the events exacerbated already existing tensions between the veto powers of the UN Security Council.

The United States and the Security Council will be of interest to students and researchers of American foreign policy, security studies and international organizations.

"Brian Frederking's new book should appeal not only to advanced undergraduate and graduate students, but to anyone interested in international organization, U.S. foreign policy, or global politics in the age of terror. In this volume, Frederking expertly engages debates over power, rules and institutions to highlight a "security-hierarchy" paradox which plagues U.S. policy toward the U.N. Security Council. Highlighting tensions between unilateral temptations and multilateral imperatives, Frederking provides incisive case studies of evolving approaches to peacekeeping, international justice, sanctions, regional conflicts, terrorism. In the process, his demonstrates the contributions of an elegant theoretical synthesis to understanding the emergent global order." - Wesley Widmaier, St. Joseph's University, USA.

"In today's world, the Security Council is a conspicuous site for the play of power politics--this is anarchy in a nutshell. Yet the Security Council does its business by making rules, and these rules matter. Brian Frederking deftly dissects and resolves this apparent paradox by showing how these rules constitute the hegemonial and hierarchical arrangements that give the post-cold era its distinctive structural properties. Frederking has got it right. Global security, states and power are all social constructions, talked into existence, linked by rules and expressed in forms of rule." - Nicholas Onuf, Florida International University, USA.