The Vulva and Vaginal Manual 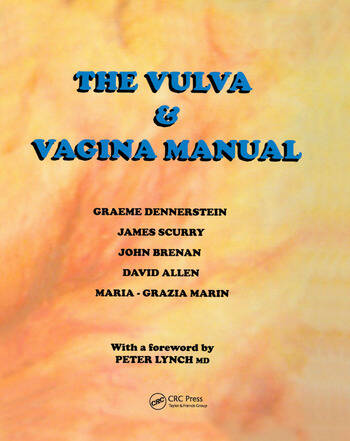 The Vulva and Vaginal Manual

This is a new book on the integrated management of vulvovaginal disease. The authors come from a variety of backgrounds - gynaecology, dermatology, pathology and psychology - and describe a multidisciplinary approach to these conditions. The book has the most complete classification of vulvovaginal disease published, based on the etiology of 275 conditions; coverage includes benign, malignant, and functional (including psychosexual) diseases. Each disease has a descriptive summary, pathological features, and treatment guidelines. The book is illustrated in full color throughout.

Graeme Dennerstein RFD, MBBS, FRCOG, FRANZCOG, is a Melbourne-based, currently practicing obstetrician and gynecologist. He was the Head of the Dermogynaecology Clinic at the Mercy Hospital for Women in East Melbourne.

James Scurry MD, FRCPA, is an anatomical pathologist. He developed a research interest in vulvovaginal disorders while reporting for 10 years for the Dermogynaecology CLinic, Mercy Hospital for Women, Melbourne.

David Allen MBChB, MMed, PhD, FCOG(SA), FRANZCOG, CGO, is a certified gynecological oncologist. He is an Associate Professor in the Department of Surgery at the University of Melbourne.

Maria-Grazia Marin MAPS, is a psychologist in private practice in Melbourne and was the psychologist to the Dermogynaecology Clinic at the Mercy Hospital for Women from 1989 to 2001.