The World of Private Banking 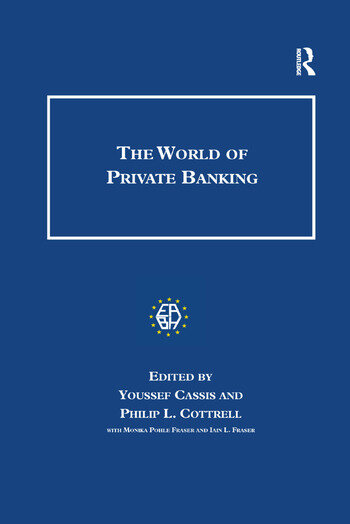 The World of Private Banking

This is a full and authoritative account of the history of private banking, beginning with its development in conjunction with the world markets served by and centred on a few European cities, notably Amsterdam and London. These banks were usually partnerships, a form of organization which persisted as the role of private banking changed in response to the political and economic transformations of the late 18th and early 19th centuries. It was in this period, and the succeeding Golden Age of private banking from 1815 to the 1870s, that many of the great names this book treats rose to fame: Baring, Rothschild, Mallet and Hottinger became synonymous with wealth and economic power, as German, French and the remarkably long-lasting Geneva banks flourished and expanded. The last parts of this study detail the way in which private banking adapted to the age of the corporate economy from the 1870s to the 1930s, the decline during and after the Great Depression and the post-war renaissance. It concludes with an appraisal of the causes and consequences of the modern expansion of private banking: no longer the exclusive preserve of partnerships, the management of investment portfolios of wealthy individuals and institutions is now a major concern of international joint-stock banks.

Rated as 'Research Essential' by Baker & Taylor ’... like good museums, this book repays a visit, has much to teach about the present, and presents important things knowledgably and with style.’ EH.NET '... this collection of essays not only lays out a broad research agenda for the next generation of financial historians, but it also provides them with insights into the abundant resources located in private banks' archives.' Economic History Review