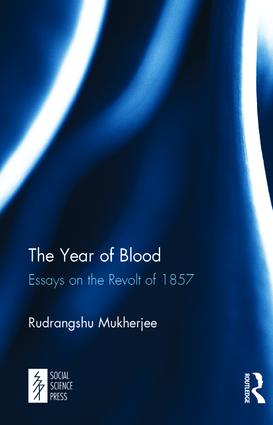 The Year of Blood

Rudrangshu Mukherjee places the ‘soldier-peasant’ at the forefront of the Revolt. Violence has rarely been described with so much realism and subtlety. The imaginative use of primary source materials adds clarity to accounts such as the massacre in Satichaura Ghat and the trial of Mangal Pandey. The layers of complexity that defined the relationship between the rulers and the subjugated are also exposed.

Rudrangshu Mukherjee is Chancellor, Ashoka University, Sonepat. He was the Editor, Editorial Pages, The Telegraph. He taught in the department of history, University of Calcutta and held visiting appointments at Princeton University, Manchester University and the University of California, Santa Cruz. He is the author and editor of a number of books that include Spectre of Violence: The Massacres in Kanpur in 1857, Delhi, 2007 (1998), New Delhi: The Making of a Capital (co-authored) Delhi, 2009, The Penguin Gandhi Reader (edited), Delhi, 1993, Awadh in Revolt, 1857–58: A Study of Popular Resistance (Delhi, 1984; repr. Delhi and London, 2001), and Dateline, 1857: Revolt Against the Raj, Delhi, 2008 among others.