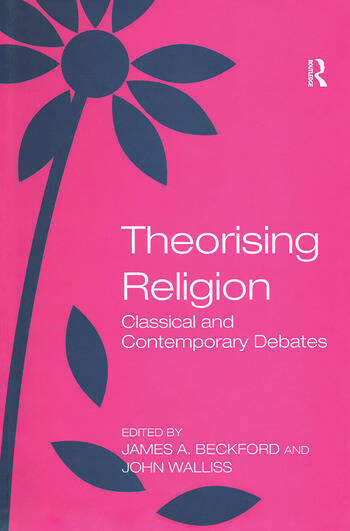 Religion is controversial and challenging. Whilst religious forces are powerful in numerous societies, they have little or no significance for wide swaths of public or private life in other places. The task of theoretical work in the sociology of religion is, therefore, to make sense of this apparently paradoxical situation in which religion is simultaneously significant and insignificant. The chapters of Part One consider the classical roots of ideas about religion that dominated sociological ways of thinking about it for most of the twentieth century. Each chapter offers sound reasons for continuing to find theoretical inspiration and challenge in the sociological classics whilst also seeking ways of enhancing and extending their relevance to religion today. Part Two contains chapters that open up fresh perspectives on aspects of modern, post-modern and ultra-modern religion without necessarily ignoring the classical legacy. The chapters of Part Three chart new directions for the sociological analysis of religion by fundamentally re-thinking its theoretical basis, by extending its disciplinary boundaries and by examining previously overlooked topics.

'There is a real need in the sociology of religion for competent theoretical thinking that connects the sub-discipline with the sociological mainstream. This book represents a real attempt to do better - to make good an evident deficiency.' Grace Davie, University of Exeter, UK 'Research libraries on religion should have the volume.' International Review of Biblical Studies ’With the range of topics covered this work could be adopted by undergraduate and postgraduate students to explore the domain of religion from different perspectives, and for a general overview of the theories and methods already applied and of those potentially applicable in the future.’ Culture and Religion ’... the editors have managed to present a variety of sociological insights on the changing role of religion... the volume Beckford and Walliss have edited provides us with a rich source for sociological theorising on religion. As it discusses past sociological theory and contemporary debates and suggests future perspectives, this book will definitely affect the theoretical debate within the sociology of religion for many years to come. ’ Journal of Contemporary Religion