The ninth edition of Thermodynamics and Heat Power contains a revised sequence of thermodynamics concepts including physical properties, processes, and energy systems, to enable the attainment of learning outcomes by Engineering and Engineering Technology students taking an introductory course in thermodynamics. Built around an easily understandable approach, this updated text focuses on thermodynamics fundamentals, and explores renewable energy generation, IC engines, power plants, HVAC, and applied heat transfer. Energy, heat, and work are examined in relation to thermodynamics cycles, and the effects of fluid properties on system performance are explained. Numerous step-by-step examples and problems make this text ideal for undergraduate students.

This book is suitable for undergraduate students in engineering and engineering technology.

3. Properties of Fluids and Vapors

5. The Second Law of Thermodynamics

Professor Irving Granet, PE (1924-1996) was a mechanical and nuclear engineer. Professor Granet graduated from Cooper Union and received a master's degree in mechanical engineering from Polytechnic Institute in Brooklyn. He was also a graduate of the Oak Ridge School of Reactor Technology. The author of over 100 technical articles and 20 textbooks on thermodynamics, applied mechanics, heat transfer and nuclear energy, translated into several languages, Professor Granet worked in both industry and academics. He served with Air Corps overseas as Flight Engineer in World War II and was employed in 1944‐45 on Navy Torpedo project as project engineer on stress and vibration studies. He then rose to Director of Staff Engineering, Nuclear Energy Department, Foster Wheeler Corporation. Irving Granet was also Project Manager in Fairchild Hiller's Republic Aviation Plasma Propulsion Laboratory on nuclear propulsion systems, space radiators, thermodynamic power cycle considerations for generating electric power, and system design and operation for space propulsion.

He retired a full Professor in the City University of New York system teaching courses in the areas of thermodynamics, fluid mechanics, and heat power. Professor Granet was a member of the American Society of Mechanical Engineers, National Society of Professional Engineers, New York Academy of Sciences, Pi Tau Sigma (international honor society in the field of mechanical engineering) and Sigma Xi (The Scientific Research Honor Society). He was additionally listed in American Men of Science, Leaders in American Science and Who's Who in World Engineering.

Dr. Jorge L. Alvarado is a professor in the Department of Engineering Technology and Industrial Distribution at Texas A&M University (TAMU). He holds a joint-appointment in the Department of Mechanical Engineering at TAMU. He teaches courses in the areas of thermal sciences, fluid mechanics, and fluid power. Dr. Alvarado also conducts scholarly research activities in the areas of nanotechnology, micro-scale heat transfer, electronic cooling, phase change materials, thermal storage, bio-fuel combustion, and energy conservation and use of renewable energy in buildings. He received his BS degree in mechanical engineering (1991) from the University of Puerto Rico at Mayagüez; MS (2000) and PhD (2004) degrees in mechanical engineering from the University of Illinois at Urbana-Champaign. Dr. Alvarado has worked and collaborated with the U. S. Army Corps of Engineers, the University of Wisconsin at Madison, and Trinity University, among others. His publication record includes scholarly articles in journals such as Applied Physics Letters, International Journal of Heat and Mass Transfer, Renewable Energy, Fuel, Energy and Numerical Heat Transfer, among others. He is a member of the American Society of Mechanical Engineers (ASME), American Society of Thermal and Fluid Engineers (ASTFE), American Society for Engineering Education, and the American Physical Society (APS).

Maurice Bluestein (1941-2017) was a Professor Emeritus of Mechanical Engineering Technology at Indiana University–Purdue University Indianapolis. He taught for 19 years at the undergraduate and graduate levels, following a 25-year career in the biomedical engineering industry. His industrial experience included developing artificial limbs for the Veterans Affairs Department, designing waste management systems for the Apollo space mission, managing the clinical usage of the intra-aortic balloon pump as a cardiac assist device, and using ultrasound imaging to detect carotid artery blockages and to aid in the diagnosis of breast cancer. He received a PhD degree in biomedical engineering from Northwestern University and MS and BS degrees in mechanical engineering from New York University and the City College of New York, respectively. He authored numerous scientific papers and was the codeveloper of the Wind Chill Temperature Chart used by the weather services of the United States and Canada. 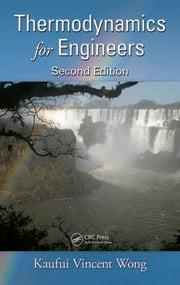 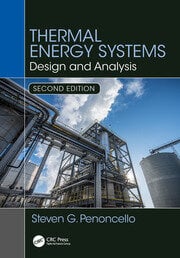