Thinking Through Fairbairn
Exploring the Object Relations Model of Mind 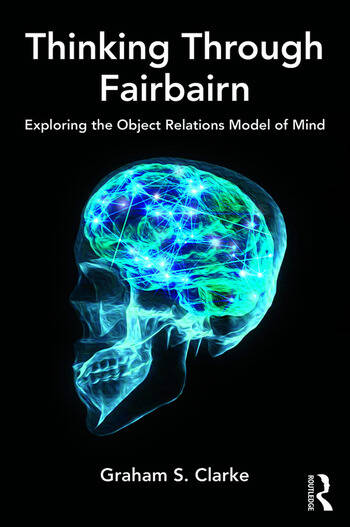 Thinking Through Fairbairn: Exploring the Object Relations Model of Mind

Thinking through Fairbairn offers parallel perspectives on Fairbairn's work. It explores an extended interpretation of his 'psychology of dynamic structure' and applies that model to a number of different areas. Fairbairn's Scottish origins are explored through his relationship with the work of Ian Suttie and Edward Glover. A new extended object relations model of phantasy and inner reality that reflects Fairbairn's approach as represented by his contribution to the Controversial Discussions is also developed. In cooperation with Paul Finnegan, this version of Fairbairn's model is applied to an understanding of multiple personality disorder or dissociative identity disorder. This model is combined with Fairbairn's theory of art to provide an understanding of some 'puzzle' films based in trauma and dissociation. Fairbairn's theory is presented here as a synthesis of classical and relational approaches, and his appropriation by relational theorists as a precursor to exclusively relational approaches challenged.

Part 1: Scottish Contemporaries  1. Suttie's influence on Fairbairn's oject relations theory  2. Fairbairn and Glover: object relationships and ego-nuclei  Part 2: Multiple Personality Disorder  3. Fairbairn's thinking on dissociative identity disorder and the development of his mature theory  4. Evelyn's PhD in Wellness - a Fairbairnian understanding of the therapeutic relationship with a woman with dissociative indentity disorder  Part 3: Film  5. Failures of the "moral defence" in the films Shutter Island (Scorsese 2010), Inception (Nolan, 2010), and Memento (Nolan, 2000): narcissism or schizoid personality disorder? 6. Trauma, dissociation, and time distortion in some "puzzle" films  Part 4: Relational Psychoanalysis  7. A modest proposal: Fairbairn's psychology of dynamic structure is not "between paradigms" but already a synthesis of classical and relational thinking  8. Fairbairn's object-relations-based psychology of dynamic structure, as a synthesis of the classical (thesis) and the relational (antithesis) in psycholanalytic theory  Part 5: Instinct, Affect, and Neuropsychoanalysis  9. The place of instincts and affects in Fairbairn's psychology of dynamic structures  10. Thinking through Fairbairn redux