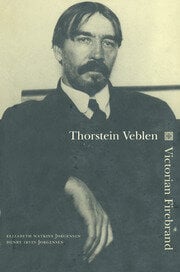 A definitive biography of the man who coined the expression "conspicuous consumption". Based on newly released archival sources, this book sets the facts straight on more than 60 years of myths and misinformation concerning the highly regarded economist and sociologist.

In this text, the author develops the general thesis that as most of the old Second (Communist) World has disappeared, what is left is a world composed of two different kinds of states or "tiers": the First Tier, the development market democracies; and the Second Tier, the old Third World. A major question facing the international order is whether the former Communist states will end up in the First or Second Tier. The text also discusses the collapse of the Soviet Union and the tragedies in Africa and the former Yugoslavia.