Tourism, Religion and Pilgrimage in Jerusalem 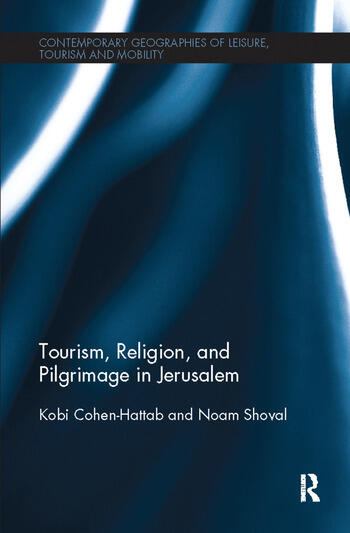 Tourism, Religion and Pilgrimage in Jerusalem

Jerusalem is a city with a singular nature. Home to three religions, it contains spiritual meaning for people the world over; it is at once a tourist destination and a location with a complex political reality. Tourism, therefore, is an integral part of Jerusalem’s development and its political conflicts.

The book traces tourism and pilgrimage to Jerusalem from the late Ottoman era, through the British Mandate, during the period of the divided city, and to the reunification of the city under Israeli rule. Throughout, the city’s evolution is shown to be intertwined with its tourist industry, as tourist sites, accommodations, infrastructure, and services transform the city’s structures and open spaces. At the same time, tourism is wielded by various parties in an effort to gain political recognition, to bolster territorial control, or to garner support. The city’s future and the role tourism can play in it are examined. While the construction of a “security fence” will have many implications on Jerusalem’s tourist industry, steps are proposed to minimize the effects of the security fence and optimize tourism.

Written by leading academics, this title will be valuable reading for students, academics, and researchers in the fields of tourism, religious studies, geography, history, cultural studies, and anthropology.

Kobi Cohen-Hattab is a Senior Lecturer at the Department of Land of Israel Studies and Archaeology, Bar Ilan University, Ramat-Gan, Israel. His main research interests are historical-geography of tourism, tourism in historical towns, holy places and tourism development, and the evolution of seaside resorts.

Noam Shoval is an Associate Professor at the Department of Geography, Hebrew University of Jerusalem. His main research interests are tourism and culture as tools for urban regeneration, tourism management in heritage cities, and the implementation of advanced tracking technologies for spatial research.