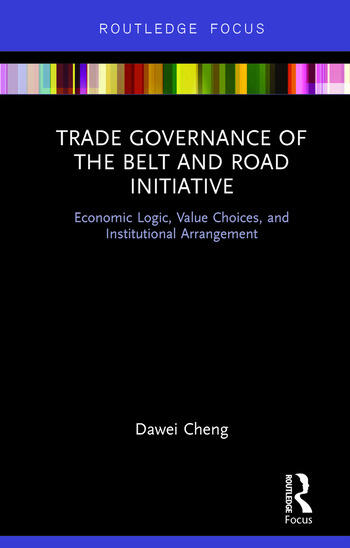 This book looks at the rationale behind the Belt and Road Initiative by China, and attempts to explain the motivation from economical and historical perspectives. The book also compares trade governance of China with those of the United Kingdom and United States, and analyzes the value construction and promotion process of Chinese trade governance.

is Professor at the Department of Economics at Renmin University of China, China.

'As a widely respected scholar, the author has profound knowledge on China's economic cooperation with the rest of the world, particularly countries along the "Belt and Road" region. Therefore, this book is a must read for business people and readers interested in gaining a better understanding of China's Belt and Road Initiative.' — Zhenyu Sun, Former Chinese Ambassador to the WTO, and Former Vice Minister of Commerce

'This is a fascinating, short (71 pages) book explaining China’s Belt and Road Initiative (B&R to use Cheng’s shorthand) and the role China believes it can play in re-invigorating free trade, both in response to the apparent ‘recession’ of support for free trade under President Trump and after Brexit, and to re-balance the trade system in favour of developing countries. Dawei Cheng is a professor at the Department of Economics at Renmin University in Beijing, and is in a good position to present the Chinese case for B&R and its potential role in improving global governance of trade.' — China Economic Journal, Volume 12, Issue 1, 2019

'China’s outstanding economic performance has served as the foundation for its heightened ambitions for global eminence and its emboldened strategic intent. The two books under review represent diametrically divergent perspectives and approaches to the country’s two major economic strands of today, which are its economic and strategic outreach through the Belt and Road Initiative (BRI) and its struggle to sustain a high economic growth rate. Reviewing these two publications together from the unbiased viewpoint of a non-Chinese, non-Western reader, in fact, evokes amusement at the spectrum of narrative positioning that is possible regarding the Chinese economic experience… the first book, authored by Dawei Cheng, professor of economics at Renmin University, seeks to present the legitimacy of a Chinese model of globalisation,… is couched in an academic framework, complete with research outline and explanation of methodological innovation…'— China Report, Volume 55, Issue 1, 2019