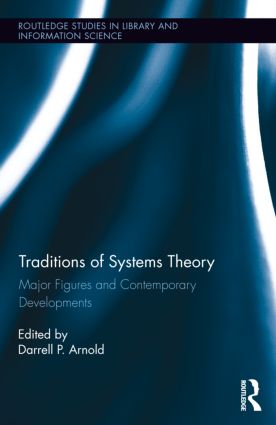 The term ‘systems theory’ is used to characterize a set of disparate yet related approaches to fields as varied as information theory, cybernetics, biology, sociology, history, literature, and philosophy. What unites each of these traditions of systems theory is a shared focus on general features of systems and their fundamental importance for diverse areas of life. Yet there are considerable differences among these traditions, and each tradition has developed its own methodologies, journals, and forms of anaylsis. This book explores this terrain and provides an overview of and guide to the traditions of systems theory in their considerable variety.

The book draws attention to the traditions of systems theory in their historical development, especially as related to the humanities and social sciences, and shows how from these traditions various contemporary developments have ensued. It provides a guide for strains of thought that are key to understanding 20th century intellectual life in many areas.

"Traditions of Systems Theory: Major Figures and Developments provides a state-of-the-art survey of the increasingly influential and fascinating field of systems theory. It is a highly useful resource for a wide range of disciplines and contributes significantly to bringing together current trends in the sciences and the humanities." – Hans-Georg Moeller, University College Cork, Ireland

Darrell P. Arnold is Assistant Professor of Philosophy at Miami Dade College (MDC). He has been president of the Humanities and Technology Association (HTA) since 2014. Darrell is co-editor, with Andres Michel, of Andrew Feenberg and Critical Theory (Palgrave/MacMillan). Among his numerous translations from German are Mathias Vogel's Media of Reason (Columbia UP, 2012) and Chrys Mantzavinos' Naturalistic Hermeneutics (Cambridge UP, 2006). From 2012 to 2014 he was editor of the Humanities and Technology Review, the journal of the HTA. Previous to his position at MDC, Darrell was Professor of Philosophy at St. Thomas University in Miami Gardens, where he also served as Interim Dean in 2015-16.