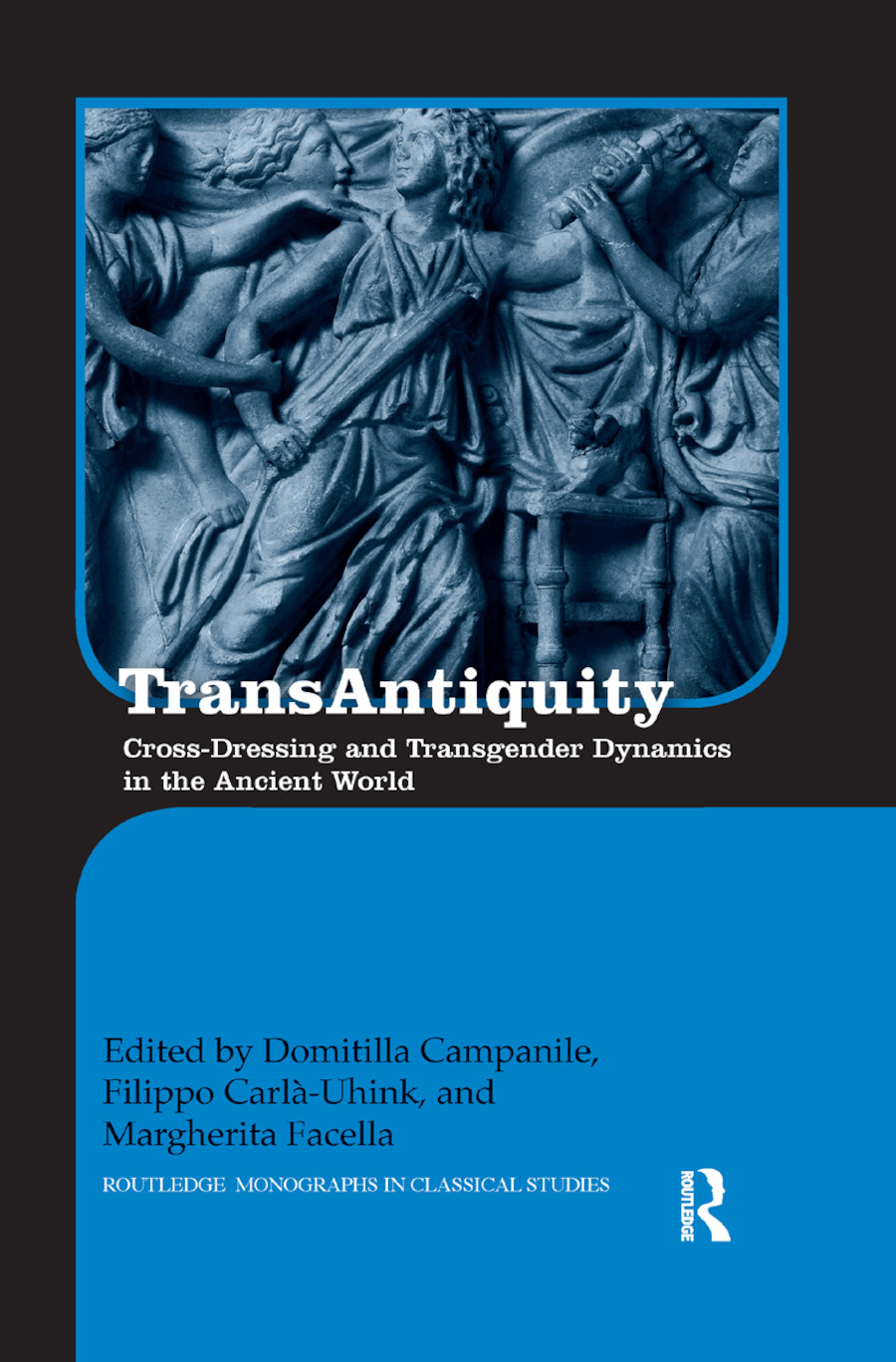 Cross-Dressing and Transgender Dynamics in the Ancient World, 1st Edition

TransAntiquity explores transgender practices, in particular cross-dressing, and their literary and figurative representations in antiquity. It offers a ground-breaking study of cross-dressing, both the social practice and its conceptualization, and its interaction with normative prescriptions on gender and sexuality in the ancient Mediterranean world. Special attention is paid to the reactions of the societies of the time, the impact transgender practices had on individuals’ symbolic and social capital, as well as the reactions of institutionalized power and the juridical systems. The variety of subjects and approaches demonstrates just how complex and widespread "transgender dynamics" were in antiquity.

Part 1: Transgender Dynamics in the Ancient Social and Political Space

Domitilla Campanile (PhD 1992) is Associate Professor of Roman History at the University of Pisa, Italy.