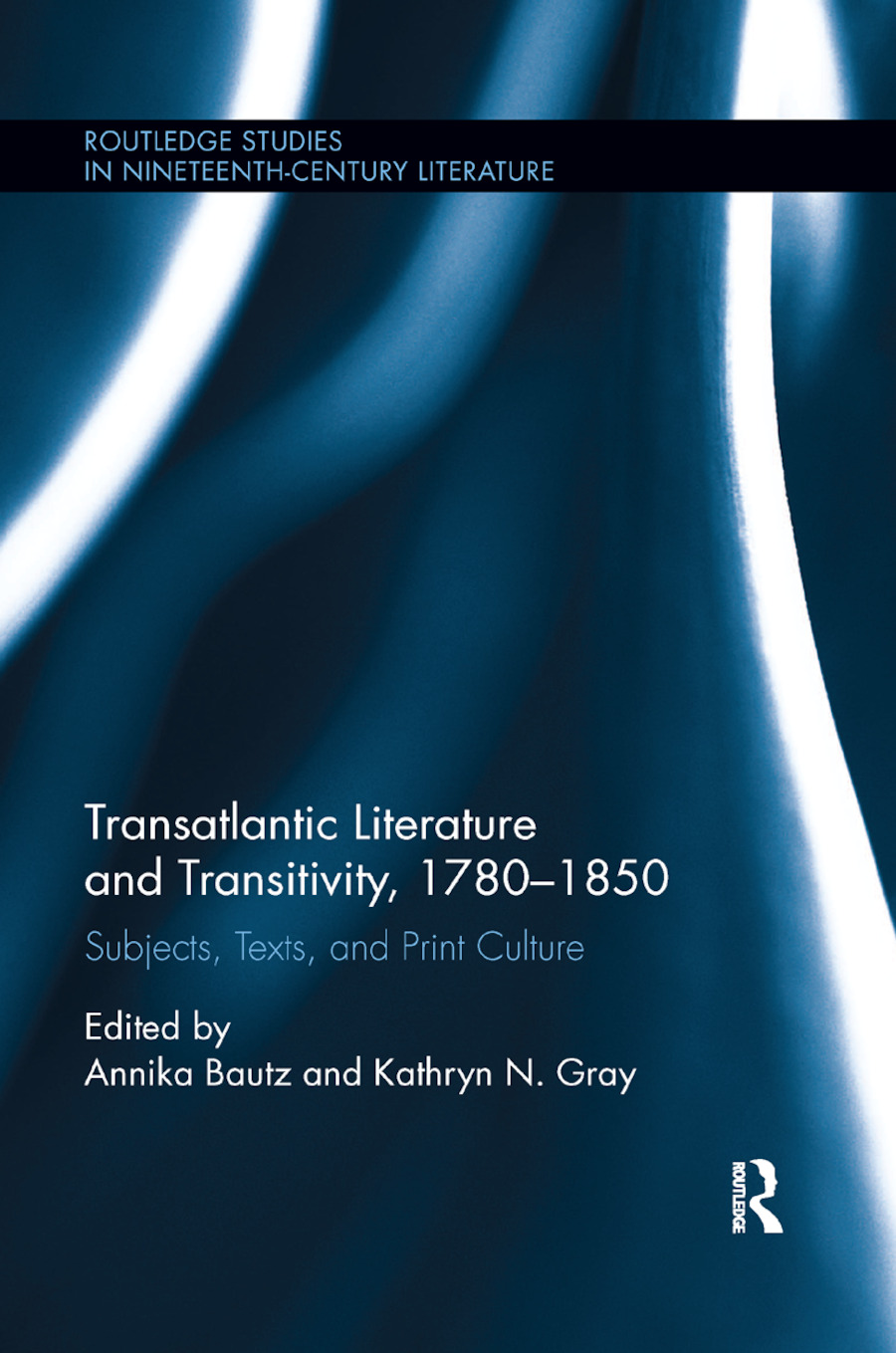 This book makes an important contribution to transatlantic literary studies and an emerging body of work on identity formation and print culture in the Atlantic world. The collection identifies the ways in which historically-situated but malleable subjectivities engage with popular and pressing debates about class, slavery, natural knowledge, democracy, and religion. In addition, the book also considers the ways in which material texts and genres, including, for example, the essay, the guidebook, the travel narrative, the periodical, the novel, and the poem, can be scrutinized in relation to historically-situated transatlantic transitions, transformations, and border crossings. The volume is underpinned by a thorough examination of historical and conceptual frameworks and prioritizes notions of circulation and exchange, as opposed to transfer and continuance, in its analysis of authors, texts, and ideas. The collection is concerned with the movement of people, texts, and ideas in the currents of transatlantic markets and politics, taking a fresh look at a range of canonical and popular writers of the period, including Austen, Poe, Crèvecoeur, Brockden Brown, Sedgwick, Hemans, Bulwer-Lytton, Dickens, and Melville. In different ways, the essays gathered together here are concerned with the potentially empowering realities of the transitive, circulatory, and contingent experiences of transatlantic literary and cultural production as they are manifest in the long nineteenth century.

Chapter One: Romancing the Slave Trade; Or, Reformation in Mansfield’s Park

Chapter Three: "Humble Auxiliaries to Nature": Go-Betweens and Natural Knowledge in Crèvecoeur’s Journey into Northern Pennsylvania and the State of New York

Chapter Eight: Cultural Transfer in the German Atlantic: Brown, Oertel, and the First Translation of a U.S. Novel