Transatlantic Politics and the Transformation of the International Monetary System 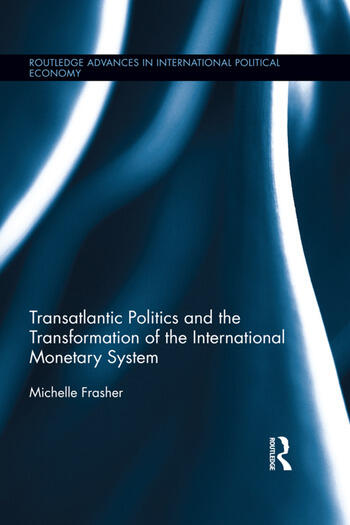 Transatlantic Politics and the Transformation of the International Monetary System

With original archival documents and interviews from the US and Europe, Michelle Frasher brings the reader into the negotiating room with American, German, and French officials as they confronted the collapse of the Bretton Woods monetary system and made decisions that affected the course of European integration and the contemporary neoliberal order.

She identifies crisis as the catalyst for change in international monetary policies, but argues that the causes of crisis originated from a multitude of factors such as market speculation, American hegemony, institutional flaws, and ideational conflicts among the leaders themselves. Far from a planned and consensual process, this book shows that the transformation to neoliberalism was riddled with discord and fret with trial and error. She argues that the resulting currency regime allowed governments to entrench themselves in national interests and facilitated the "marketization" of the state, where states have became both clients and participants in the financialized global economy—to the detriment of international stability.

Frasher’s is the first work to connect the 1960s and 1970s to the difficulties of inter-state and inter-market cooperation that have plagued the system in the last decades, and it puts the 2008 debacle into historical perspective.

Dr. Michelle Frasher, Ph.D. specializes in transatlantic monetary relations, global financial governance, and is an expert in the politics of US-EU financial data flows. A frequent speaker at anti-money laundering and privacy conferences, Frasher’s work has appeared in Harvard Business Review and American Banker and been sponsored by the SWIFT Institute.

In 2015, she was a non-resident visiting fellow with the European Union Center at University of Illinois at Urbana-Champaign, and a Fulbright-Schuman Scholar in Belgium and Malta and Belgium in 2014. She currently resides in New York and can be contacted at [email protected]

"Frasher's book is an informative and fascinating analysis of how transatlantic policy-makers confronted structural changes in the system due to globalization, national and regional interests, and the decline of US hegemony during the transition from fixed to floating rates. Unlike a lot of other analyses on international relations, it does not take a one-side approach to the state (that the state was either retreating or advancing). Frasher shows how both actually occurred in this fascinating historical case study. While much has been written about Bretton Woods and its aftermath, few analyses have as many nuances to offer. Indeed, while Bretton Woods and is aftermath are old subjects, many new things can be said about them. Frasher has masterfully accomplished such a feat in this book."

"The transition to today's international monetary system is often presented as a relatively straightforward structural adjustment process in a neoliberalizing world. Michelle Frasher's meticulous analysis, in contrast, exposes the underlying and ongoing conflicts of interest and ideas involved in that transformation. These included painful and often improvised negotiations between states with competing aims, quarrels among domestic political, economic and bureaucratic interests, and rising pressures from globalizing market forces, usually resolved in ad hoc fashion. These conjunctural factors laid the groundwork for the continual renegotiations and endemic crises of the past half century. Based on deep archival research and groundbreaking interviews, Frasher recounts the messy and incomplete outcomes that are still shaping the 21st century international political economy."

"Dr. Frasher’s work is essential to understand what has happened over the last forty years or so in the field of international monetary and economic cooperation. Her contribution to this aspect of international relations is most lucid, innovative, non conventional, and full of insights based on deep research."