Transatlantic Relations in the 21st Century
Europe, America and the Rise of the Rest 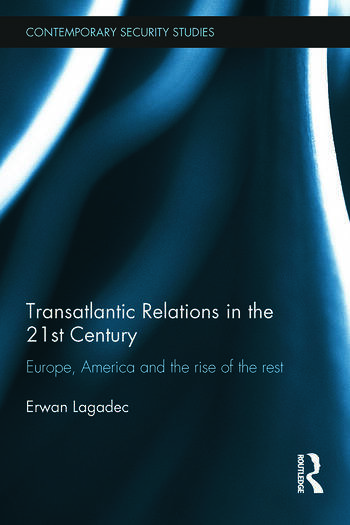 Transatlantic Relations in the 21st Century: Europe, America and the Rise of the Rest

This book offers an overview of the interface between European integration, transatlantic relations, and the 'rise of the rest' in the early 21st century.

The collapse of the Soviet bloc opened up an era in which the drivers and perceived benefits of the US alliance among European countries have become more variegated and shifting. The proposition that the US remains at once an 'indispensable' and 'intolerable' nation in Europe is a key concept in the alliance, as the US remains inextricably tied to the continent through economic, military and cultural links.

This work examines this complex subject area from many angles, including an analysis of the historical and cultural contexts of America’s relations with Europe, as well as a discussion of the politics of transatlantic affairs which utilises evidence gleaned from a series of case-studies. In the concluding chapters, the author assesses the likelihood that the West can entrench its global dominance in the realms of "soft" and "hard" power, and by effecting a "controlled reform" that will see multilateral structures open up to emerging powers.

This book will be of great interest to students of European Politics, EU integration, transatlantic relations, US foreign policy/diplomacy, International Security and IR in general.

Erwan Lagadec is a Fellow at the Center for Transatlantic Relations, Johns Hopkins University. He teaches transatlantic relations at the Fletcher School of Law and Diplomacy, George Washington University, and Tulane University. He is also a reserve officer in the French Navy. He received his D.Phil. in History from the University of Oxford.

"A very impressive, elegantly-written book. The subtlety and depth of the analysis are remarkable. The main argument is though-provoking and cogent: contrary to America itself, Europe cannot comfortably live in a post-American world." - Charles Heck, Former North American Director of the Trilateral Commission

"Lagadec has written an excellent book, trenchant in its analysis of frothy political rhetoric and persuasive in showing how the economic bonds between Europe and America remain the principal source of our global power and influence." - Samuel F. Wells, Woodrow Wilson Center

"Erwan Lagadec's book is a remarkable and comprehensive work on transatlantic relations and the Western world. The main value of this book is to underline the significance of the choices that Europe faces today if it is to play a role in the global world of tomorrow." - Pierre Vimont, Executive Secretary General, European External Action Service, and former Ambassador of France to the United States

"Lagadec's dissection of the present state of transatlantic relations is astute, well-informed, meticulously argued and, overall, compelling. While one may not agree with all his arguments, this book deserves to be read widely, and taken seriously." - Hanns Maull, Survival, Vol. 54, 6, December 2012