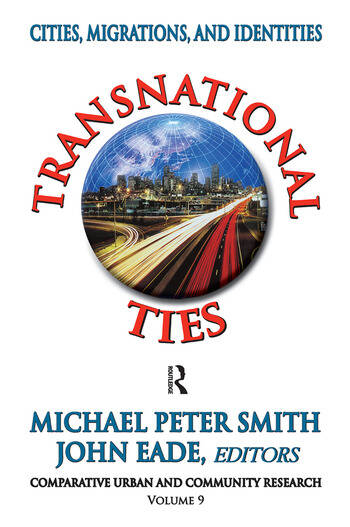 Cities are key sites of the transnational ties that increasingly connect people, places, and projects across the globe. They provide opportunities and constraints within which transnational actors and networks operate and nodes linking wider social formations traverse national borders. This book brings together a series of richly textured ethnographic studies that suggest new ways to situate and historicize transnationalism, identify new pathways to transnational urbanism, and map the contours of translocal, interregional, and diasporic connections not previously studied. The transnational ties treated in this book truly span the globe, giving concrete meaning to the phrase "globalization from below."

How have the contributors to this book conceptualized the wider context informing the conduct of their ethnographically grounded, multi-sited research on the relationship between cities, migration, and transnationalism? Several interrelated contextual dimensions have been singled out as affecting the opportunities and constraints experienced by transnational migrant subjects. Socio-spatially, in several of these chapters, the political economic context now called neoliberal globalization is shown to be a key driving force creating conditions that necessitate, facilitate, or impede migration, foster trans-local economic ties, and create new inter-regional interdependencies--e.g., new South-South and East-East transnational ties.

The changing historical context of both migrating groups and the cities and regions they move across are central to the study of the interplay of urban change and migrant transnationalism. The historical particularities of migrant recruitment, migration histories, migratory narratives, and changing gender and class relations all affect the character and geography of transnational migration with an impact on the social structures of community formation. This is a pioneering effort in the Comparative Urban and Community Research series.