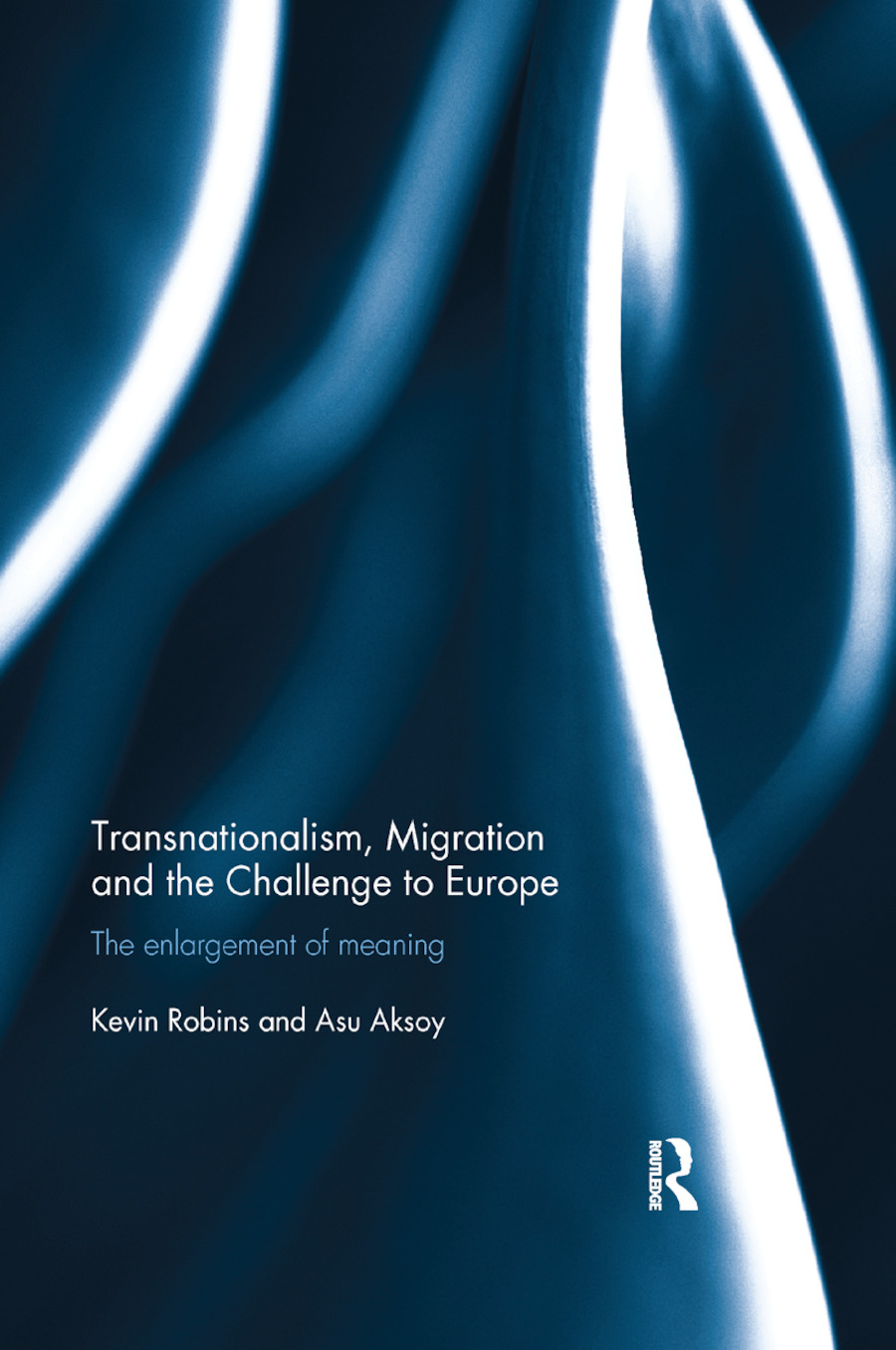 Transnationalism, Migration and the Challenge to Europe

The Enlargement of Meaning, 1st Edition

Transnationalism, Migration and the Challenge to Europe: The Enlargement of Meaning puts forward an alternative outline for thinking about migration in a European context. Moving beyond the agenda of identity politics, the book addresses possibilities more related to the experiential and existential dimensions of migratory – and importantly, post-migratory – lives. Examining the fundamental and radical argument that migrants should be regarded not as a problematical category, but rather as opening up new cultural and imaginative channels for those living in Europe, the book draws on extensive empirical work by the authors undertaken over the past ten years.

Grounded in the actual lives and experiences of migrant Turks, the book evaluates how their articulations regarding identity and belonging have been changing over the last decade. The agenda regarding migration and belonging has shifted over this crucial period of time. This shift is counterpoised against the unchanging national positions, and against the supra-national stance of 'official' European approaches and policies regarding migration and identity.

Transnationalism, Migration and the Challenge to Europe would be of interest to those involved in sociology, anthropology, transnational studies, migration studies, cultural studies, media studies, European studies.

1. Europe – Is it in motion? 2. The Unprecedented Problem 3. Thinking Across Spaces 4. From Spaces of Identity to Mental Spaces 5. Banal Transnationalism, or the Demystification of Elsewhere 6. Neither For You nor Against You (Cool Loyalties) 7. Always a Question of a Greeting 8. Parting from Phantoms 9. Whoever Looks Always Finds 10. Above the Countries

Kevin Robins was formerly Professor of Media and Communications at Goldsmiths College, University of London, and Professor of Sociology, City University, London. He is the author of, inter alia, Spaces of Identity (with David Morley), Into the Image, Times of the Technoculture (with Frank Webster). He has worked with the Council of Europe on questions of transnational developments, producing a report for the Council on The Challenge of Transcultural Diversities.

Asu Aksoy is Associate Professor at the Istanbul Bilgi University Faculty of Communications, Cultural Management Department. She is the director of Cultural Policy and Management Research Centre (KPY) where research activities are undertaken in the fields of cultural policy and cultural management. Previously, she worked at the University of Westminster, University of Sussex, and Goldsmiths College London, as a research fellow, on large-scale research programmes. After returning to Turkey in 2007, she worked as the international projects director of the arts and culture centre of Bilgi University – santralistanbul. She has worked with the Istanbul 2010 Agency, and with the Turkish Ministry of Culture and Tourism on the cultural economy of Istanbul, as well as with different research organisations across Europe on issues of cultural policy.