Transnationalism in the Balkans 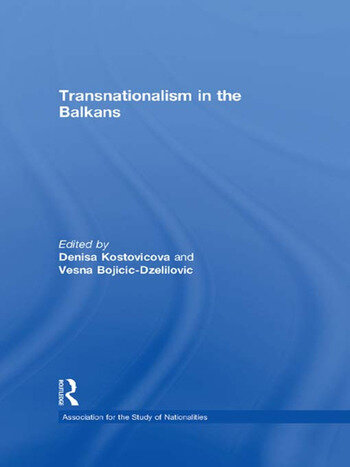 Transnationalism in the Balkans

After a decade of exclusive nationalism, violence and isolation of the 1990s, the Balkans has seen the emergence of transnational links between the former ethnic foes. Do these new cross-border links herald the era of inter-ethnic reconciliation in place of the politics of ethnic exclusion? Are they a proof of a successful transition from authoritarianism and war to democracy and peace? Drawing on substantial empirical research by regional specialists, Transnationalism in the Balkans provides a sobering insight into the nature of cross-border links in the region and their implications. Several of the authors show how transnational connections in the context of weak states and new borders in the region have been used by transnational actors – be it in the politics, economics and culture -- to undermine a democratic consolidation and keep the practice of exclusive ethnic politics and identities alive. These findings make a strong case to go beyond the region and put forth a critical argument for rethinking the theories of transition to democracy in the post-Communist and post-conflict setting to incorporate a dimension of globalisation.

This book was previously published as a special issue of Ethnopolitics.

"Europeanising the Balkans: Rethinking the Post-Communist and Post-Conflict Transition"

"Civil Society in the Focus of Foreign Aid in Kosovo: Exports of Peace and Multiculuralism to Nation-Building Sites"

"On the Edges of Empires"

Aida A. Hozic, University of Florida

"’Friends, Balkans, Statesment lend us your ears’: The Trans-state and State in Transnational Links between Turkey and the Balkans

"The Politics of Performance: Transnationalism and its Limits in Former Yugoslav Popular Music"

Denisa Kostovicova is a lecturer at the Department of Government and Development Studies Institute, and a fellow at the Centre for the Study of Global Governance at the London School of Economics and Political Science.  She is the author of Kosovo: The Politics of Identity and Space and co-editor of Kosovo: Myths, Conflict and War.

Vesna Bojicic-Dzelilovic is a research fellow at the Centre for the Study of Global Governance at London School of Economics and Political Science. Her main area of research and teaching is the political economy of war and post- war reconstruction.