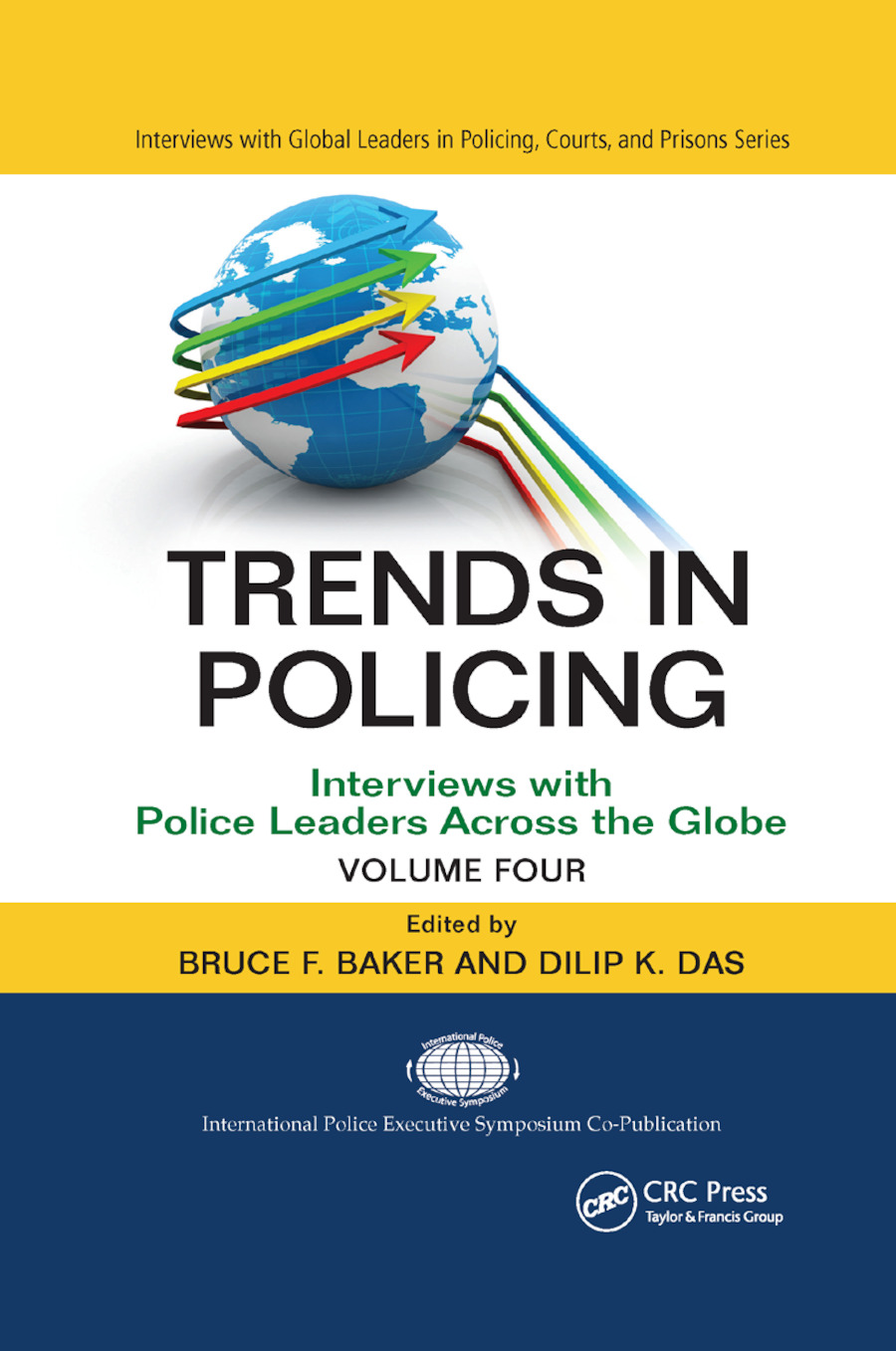 Trends in Policing: Interviews with Police Leaders Across the Globe, Volume Four, is the latest installment in a series of insightful interviews with senior police executives worldwide. The book offers readers an unparalleled insider’s perspective on police goals, practices, and management in nationwide, regional, and city environments. Conducted by a team of academic and practitioner experts following the same schema of topics, the interviews explore the executives’ backgrounds, education, and careers and provide insight on a number of topics relevant to their work, including:

The interview participants are drawn from four continents and from a broad variety of policing contexts—from metropolitan to largely rural areas, developed and developing countries, from emerging democracies to stable democracies. They are diverse in age, ethnicity, education, background, and career trajectories.

This volume constitutes a resource of immense value to academic analysts of policing philosophies and leadership, as well as to policymakers and practitioners who wish to have a sense of where the leaders in their field have come from and where they are going. The book and its predecessors are a major contribution to the study and practice of policing around the world.

Dilip K. Das, PhD, is a professor of criminal justice, a former police chief, and a human rights consultant for the United Nations. He is the founding president of the International Police Executive Symposium (IPES), where he manages the affairs of the organization in cooperation with an appointed group of police practitioners, academia members, and individuals from around the world. Dr. Das is also the founding editor-in-chief of Police Practice and Research: An International Journal. A prolific writer, he is the editor-in-chief of two book series published by Taylor & Francis: Advances in Police Theory and Practice and Interviews with Global Leaders in Policing, Courts, and Prisons.