Trends in Policing
Interviews with Police Leaders Across the Globe, Volume Two 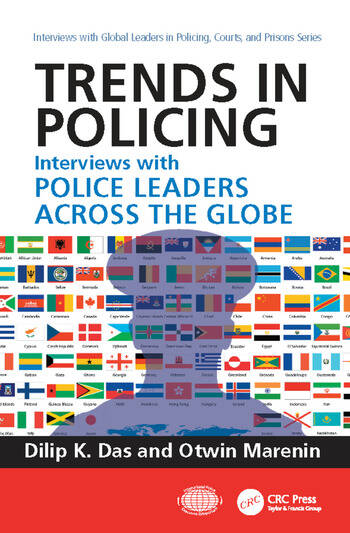 Trends in Policing: Interviews with Police Leaders Across the Globe, Volume Two

Police leaders possess a plethora of rich experiences and practical and theoretical knowledge that provides fascinating insights into the current state of policing around the world. While observers’ opinions of ongoing developments in policing are well known, it is rare to get an insider’s glimpse of how police leaders themselves assess these advances. Through in-depth and exceptionally thoughtful interviews with highly placed police leaders and administrators, Trends in Policing: Interviews with Police Leaders Across the Globe presents cross-cultural perspectives on the organizational structure, leadership, functions, public projects, training, culture, and societal context of police worldwide.

A broad spectrum of police philosophies from over a dozen countries

This elite group of leaders and the learned researchers who interview them address the fundamental contextual changes that add layers of complexity to police work. Covering an extensive range of topics, the interviews include the experiences, opinions, and preferences of men and women who individually and as a group possess a vast array of knowledge pertaining to the problems and prospects of policing. While examining current trends, they discuss the future role of police in a world in which policing issues transcend national borders.

A fruitful collaboration between practitioners and academics

Through discussions with those actively engaged in policing, this book bridges the gap between research and practice. While police leaders are not usually accustomed to reflecting and writing on their experiences, the thoughtful interview style of the researchers assists the practitioners in defining their views, forming a cohesive volume rich with the wisdom of experience and the context of analysis.

Interview with Felipe Harboe Bascuñan, Undersecretary of The Interior, Government of Chile

Interviewed by Gordon A. Crews and Angela D. Crews

Interviewed by John A. Eterno

Interviewed and translated by Darko Maver and Gorazd Meško

Interview with Chief Gary L. Vest, President of the Ohio Association of Chiefs of Police, USA

" … a resource of immense value to academic analysts of policing philosophies, leadership, contemporary change and likely futures, as well as to policy-makers and practitioners who wish to have a sense of where the leaders in their field have come from and are going."
—Robert Reiner, London School of Economics, Professor Emeritus