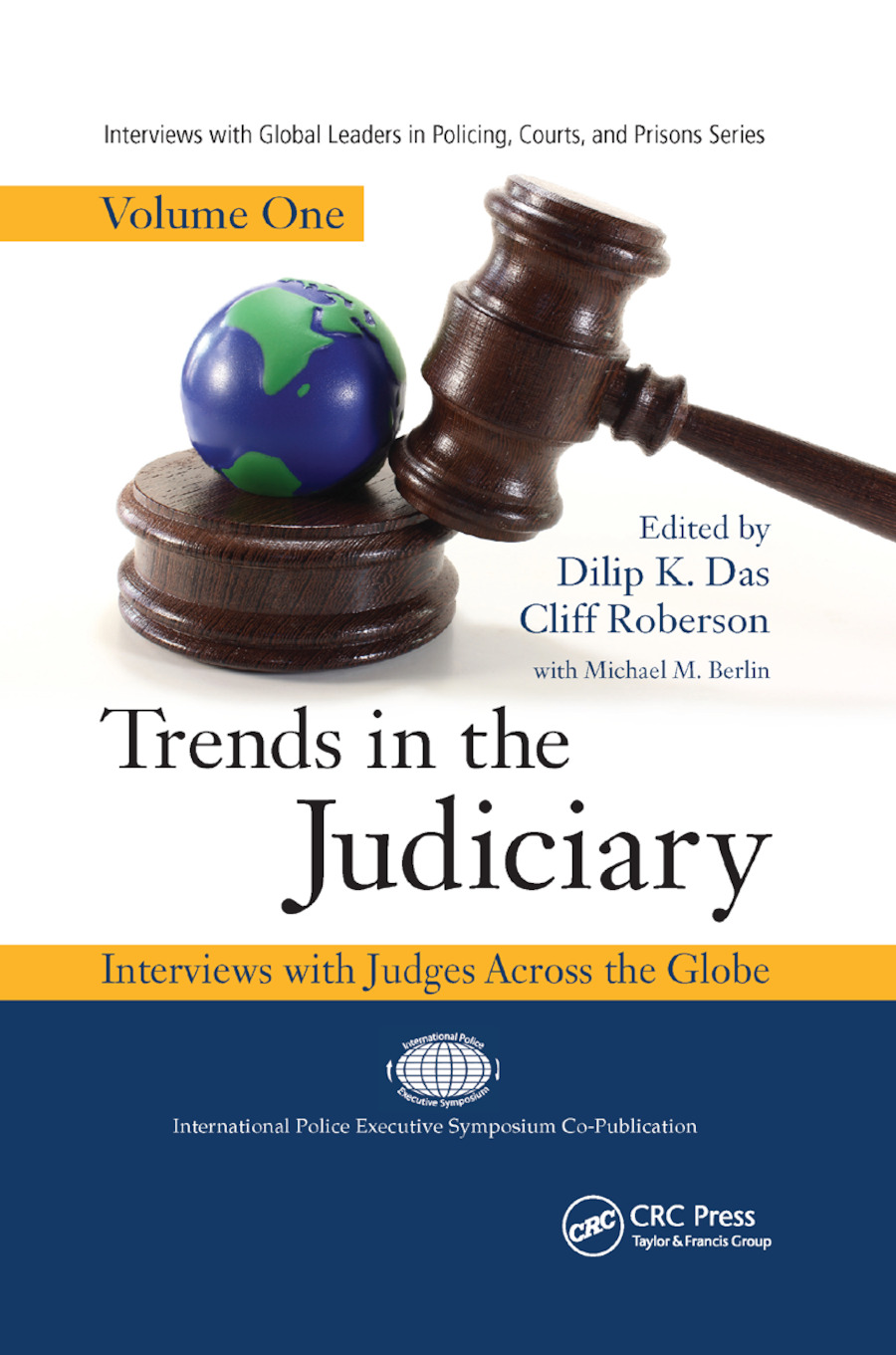 Interviews with Judges Across the Globe, Volume One, 1st Edition

U.S. Supreme Court justices are studied publicly, but scant attention is generally paid to the judges who function daily in other courts of the world. Trends in the Judiciary: Interviews with Judges Across the Globe assembles a collection of interviews conducted by international scholars and researchers. It provides an insider’s perspective of how members of the worldwide judiciary cope with significant legal developments and the issues they face in criminal and procedural law.

The subjects of these interviews administer justice in Australia, Austria, Bosnia-Herzegovina, the Republic of Slovenia, Canada, India, and the United States. Representing a variety of cultures, political environments, and economic systems, the interviewees each discuss their background, education, and career; their judicial role; the major changes and challenges they have experienced; and the relationship between theory and practice. In addition to the candid observations of the interview subject, each chapter provides a brief portrait of the national judicial system and court in which each judge serves.

Continuing the work of the International Police Executive Symposium (IPES) and the CRC Press series Interviews with Global Leaders in Policing, Courts, and Prisons, the book enhances readers’ understanding of the judiciary and opens a dialogue between scholars, researchers, and practitioners. It is a major contribution to the study and practice of judging around the world.

Dilip K. Das, PhD, is a professor of criminal justice, a former police chief, and a human rights consultant for the United Nations. He is the founding president of the International Police Executive Symposium (IPES), where he manages the affairs of the organization in cooperation with an appointed group of police practitioners, academia members, and individuals from around the world. Dr. Das is also the founding editor-in-chief of Police Practice and Research: An International Journal. A prolific writer (30 books, numerous articles, and scholarly presentations), he is the editor-in-chief of two book series published by CRC Press/Taylor and Francis Group: Advances in Police Theory and Practice and Interviews with Global Leaders in Policing, Courts and Prisons.

is an emeritus professor of criminal justice at Washburn University, Topeka, Kansas. Previously he served for four years as the editor in chief of the Professional Issues in Criminal Justice Journal. In 2009, a research study conducted by a group of professors from Sam Houston State University determined that Cliff Roberson was the leading criminal justice author in the United States based on his publications and their relevance to the profession [See Southwest Journal of Criminal Justice, Vol. 6, Issue 1, 2009]. He has authored or co-authored over 50 books and texts on legal subjects.

is director of the Criminal Justice Graduate Program and an assistant professor at Coppin State University in Baltimore, Maryland. Dr. Berlin’s areas of specialization include constitutional law and criminal procedure, community policing, criminal justice leadership and management, and terrorism/homeland security. Prior to his appointment at Coppin State University, Dr. Berlin served as a professor of criminal justice at Baltimore City Community College where he directed both on