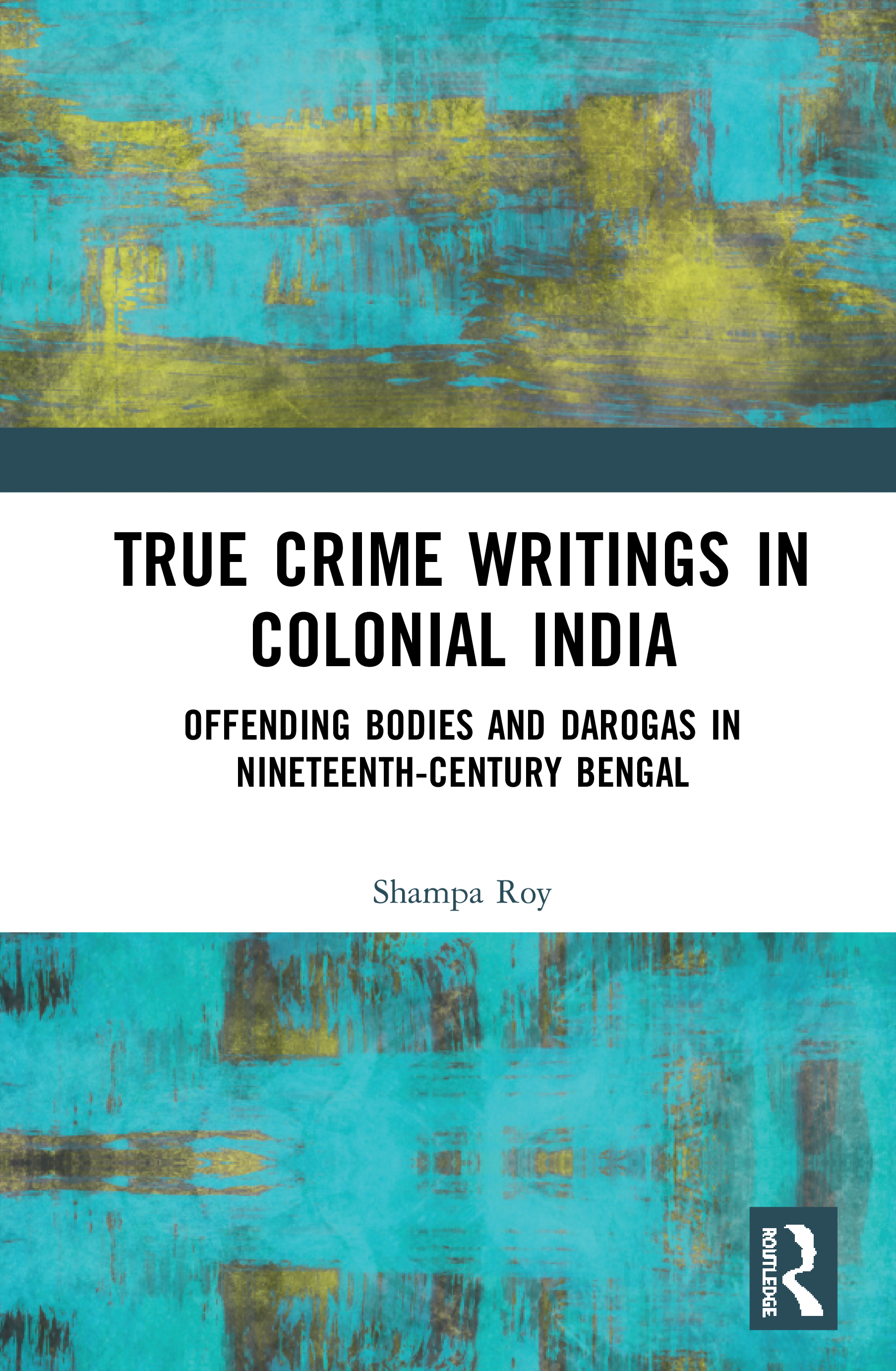 The emergent culture of crime writings in late 19th century colonial Bengal (India) is an interesting testimony to how literature is shaped by various material forces including the market. This book deals with true crime writings of the late 1800s published by ‘lowbrow publishing houses’ — infamous for publishing ‘sensational’ and the ‘vulgar’ literature — which had an avid bhadralok (genteel) readership.

The volume focuses on select translations of true crime writings by Bakaullah and Priyanath Mukhopadhyay who worked as darogas (Detective Inspectors) in the police department in mid-late nineteenth century colonised Bengal. These published accounts of cases investigated by them are among the very first manifestations of the crime genre in India. The writings reflect their understandings of criminality and guilt, as well as negotiations with colonial law and policing. Further, through a selection of cases in which women make an appearance either as victims or offenders, (or sometimes as both,) this book sheds light on the hidden gendered experiences of the time, often missing in mainstream Bangla literature.

Combining a love for suspense with critical readings of a cultural phenomenon, this book will be of much interest to scholars and researchers of comparative literature, translation studies, gender studies, literary theory, cultural studies, modern history, and lovers of crime fiction from all disciplines.

4. A Can of Worms: A Wily Woman and the Terrible Wages of Sin

6. What’s This! A Murder? The Sensational Mystery of a Man Caught with His Stabbed Wife

7. The Aerial Corpse: A Shocking and Sensational Incident!

8. A Severed Head: The Search for Unclaimed Property

9. Girijasundari: A Woman Killed on the Capital’s Thoroughfare

11. Why! What’s This? Suicide or Homicide

12. Imprudence: The Terrible Misjudgments of a Foolish Woman

Shampa Roy is Associate Professor at the Department of English, Miranda House, Delhi, India. Her recent publications include Gender and Criminality in Bangla Crime Narratives in Late Nineteenth and Early Twentieth Centuries (2017); In Zenanas and Beyond: Representations of Indian Women in BritishColonial Texts, 1800-1935 (2011); “Bad” Women of Bombay Films: Studies in Desire and Anxiety (co-edited with Saswati Sengupta and Sharmila Purkayastha, 2019). Dr Roy’s articles on topics ranging from Victorian memsahibs’ writings to postcolonial pedagogy have appeared in international journals like Feminist Review, Interventions, and Studies in Travel Writing. Her areas of research interest include nineteenth century and early twentieth century English novel, popular literature, crime fiction (in English, translations into English as well as Bangla).