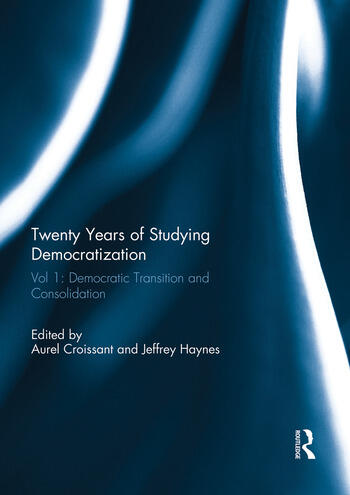 Democratization emerged at a time of epochal change in global politics: the twin impacts of the end of the Soviet Union and the speeding up and deepening of globalisation in the early 1990s meant a whole new ball game in terms of global political developments. The journal’s first issue appeared in early 1994. Over time, the editorial position has been consistently to focus on ‘the third wave of democracy’ and its aftermath. The third wave is the most recent exemplar of a long-term, historical trend towards more democratically viable regimes and away from authoritarian systems and leaders. In short, the journal wants to promote a better understanding of democratization – defined as the way democratic norms, institutions and practices evolve and are disseminated both within and across national and cultural boundaries.

Over the years, the many excellent articles that we have featured in the journal have shared our focus on democratization, viewed as a process. The journal has sought – and continues to seek – to build on the enduring scholarly and of course popular interest in democracy, how and why it emerges, develops and becomes consolidated. Our emphasis over the last 20 years has been contemporary and the approach comparative, with a strong desire to be both topical and authoritative.

We include special reference to democratization in the developing world and in post-communist societies. In sum, just as 20 years ago, the journal today aims to encourage debate on the many aspects of democratization that are of interest to policy-makers, administrators and journalists, aid and development personnel, those involved in education, and, perhaps above all, the tens of millions of ordinary people around the world who do not (yet) enjoy the benefits of living under democratic rule. The two dozen articles collected in this ‘virtual’ special issue are emphatic proof of the power of the written word to induce debate, uncertainty, and ultimately progress towards better forms of politics, focused on the achievement of the democratic aspirations of men and women everywhere.

Editors' Foreword  1. Why Hungary and Poland Differed in 1989: The Role of Medium-Term Frames in Explaining the Outcomes of Democratic Transition  2. Beyond Pacted Transitions in Spain and Chile: Elite and Institutional Differences  3. Liberalization, Transition and Consolidation: Measuring the Components of Democratization  4. Taking Uncertainty Seriously: The Blurred Boundaries of Democratic Transition and Consolidation  5. Questioning Tocqueville in Africa: Continuity and Change in Civil Society during Nigeria's Democratization  6. Mixed Constitutions and Political Instability  7. Long waves in Economics - Waves of Democracy  8. Projects Do Not Create Institutions: The Record of Democracy Assistance in post-Conflict Societies

Jeffrey Haynes is associate dean, Faculty of Law, Governance and International Relations, Professor of Politics, and Director of the Centre for the Study of Religion, Conflict and Cooperation, London Metropolitan University, UK.