Approximately 29 million Americans are diagnosed with Type 2 diabetes annually. Of that number, only about 36 percent (10.44 million diabetes sufferers) achieve satisfactory medical outcomes and would need additional help—rarely available—to reliably control their glucose levels. Contrary to popular belief, although anti-diabetic medications can lower sugar levels, nevertheless they have a poor performance track record because inflammation in the blood vessels persists.

This book details recent scientific findings that cardiovascular, kidney, vision, peripheral nervous system, and other body damage caused by chronic high levels of blood sugar (hyperglycemia) in Type 2 diabetes is actually due to excessive generation of unopposed free radicals and reactive oxygen species (ROS). These, in turn, cause chronic systemic inflammation and dysfunction of the endothelial lining of the arterial blood vessels, jeopardizing the formation of the protective molecule nitric oxide (NO), thus severely impairing the blood supply to every organ and tissue in the body. This book also catalogues the evidence that chronic hyperglycemia causes profound and often irreversible damage—even long before Type 2 diabetes has been diagnosed. In addition, because conventional prescription treatments are, unfortunately, often inadequate, the book details evidence-based complementary means of blood sugar control.

Dr. Robert Fried was born in Linz, Austria, immigrated to the United States, and served in the Signal Corps, US Army, supporting radio communications for the Korean Military Advisory Group (KMAG), Seoul, Korea. Following honorable discharge, he entered The City College of New York (CCNY) and then the graduate program at Rutgers University, New Brunswick, New Jersey, earning his PhD in physiological psychology. Dr. Fried was appointed to the faculty of Hunter College, City University of New York (CUNY), as well as the Doctoral Faculty in Behavioral Neuroscience at the City University of New York (CUNY). He is licensed in clinical psychology in New York State and served for 4 years as Director of the Rehabilitation Research Institute (RRI), International Center for the Disabled (ICD), New York, where he conducted and later published his research on the control of blood gases and blood pH in idiopathic seizure disorders. He was research scientist, Aviation Medical Acceleration Laboratory (Project Mercury); research associate, Eastern Pennsylvania Psychiatric Institute (EPPI), Temple University Medical School, and adjunct assistant professor, The University of Pennsylvania, both in Philadelphia; research psychologist, Atascadero State Hospital for the Criminally Insane Sex Offender, Pasa Robles, California, and visiting professor, California Polytechnic State University, San Luis Obispo; research associate, Department of Community Health, Albert Einstein College of Medicine; and research associate, Payne Whitney Clinic, Cornell University Medical School. He retired from CUNY in 2010 as Professor Emeritus. Dr. Fried has lectured extensively in the United States and abroad and has conducted numerous workshops on respiratory and cardiovascular psychophysiology and blood gas self-regulation in neurological disorders, cardiovascular function, and stress syndrome. He holds a number of US patents in biomedical instrumentation including one of the earliest ECG-heart rhythm analyzer/computers. Dr. Fried has authored more than 45 scientific publications in peer-reviewed journals as well as scientific textbooks, including Erectile Dysfunction As a Cardiovascular Impairment (Elsevier/Academic Press, 2014) and The Psychology and Physiology of Breathing in Behavioral Medicine, Clinical Psychology & Psychiatry (Springer, 1993). Dr. Fried has also authored several consumer health self-help books including The Arginine Solution (Fried and Merrell, Time/Warner Books, 1999) and Great Food/Great Sex: The Three Food Factors for Sexual Fitness (Fried and Edlen- Nezin, Balantine Books, 2006). He has been featured in popular health magazines such as Men's Health and Prevention and interviewed on national and international TV including Fox News and CNN. Dr. Fried is Emeritus Member of the American Physiological Society (APS) (Cardiovascular and Respiration division); Fellow, NY Academy of Sciences (NAS); and Diplomate in Behavioral Medicine, International Academy of Behavioral Medicine, Counseling and Psychotherapy (IABMCP); and he is listed in the "Centennial Edition" of Marquis Who's Who. He lives in New York City with his wife Robin, a violinist with the Orchestra of St. Luke's, the Westchester Philharmonic Symphony Orchestra, and the American Ballet Theater (ABT) Orchestra. 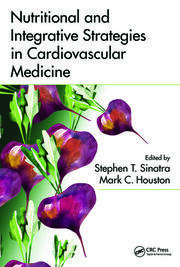 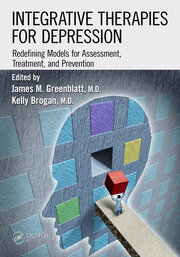 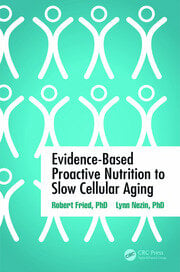 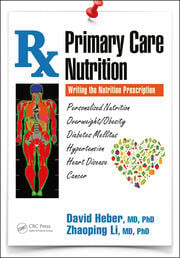 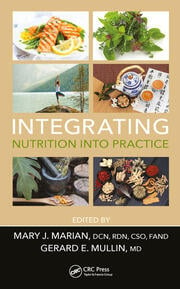