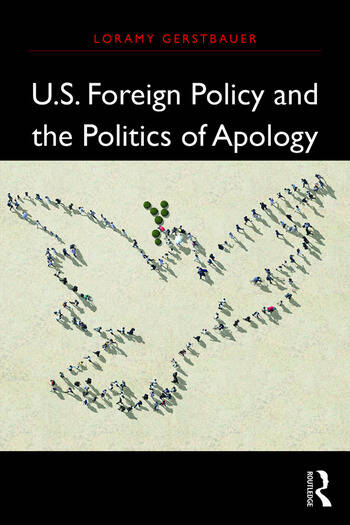 Acts of contrition and transitional justice—admission of wrong, apology, and reparations—have become fashionable in the discourse of international affairs. Using a case-study approach that inspires student discussion of concrete examples, this text addresses important questions about the politics of apology in relation to some of the most controversial cases of US foreign policy over the past fifty years: Vietnam, Nicaragua, and the most recent war in Iraq. Loramy Gerstbauer offers an original, transdisciplinary, and accessible argument for the practical value of contrition, forgiveness, and reconciliation in international relations while examining why the United States has been a less than contrite nation and offering a prescription for how to change this state of affairs.

1. Apology and Contrition in International Relations

3. The United States and War in Vietnam

6. How and Why Contrition Matters

International relations scholars have paid considerable attention to transitional justice, mainly via court trials and truth commissions. Less attention has been paid to apologies or, as presented here, acts of contrition. Loramy Gerstbauer’s systematic and well-written study helps fill that void with attention to U.S. statements and policies regarding Vietnam, Nicaragua, and Iraq. The question of how a state should address past controversial (if not misguided) policies remains complex, but anyone interested in that topic will profit from Gerstbauer’s careful analysis and reflection.
David P. Forsythe, University of Nebraska-Lincoln

What would it take for the lone superpower to apologize for the past wrongs of its foreign policy? Loramy Gerstbauer takes a gutsy intellectual risk by exploring the "unlikely case" in the growing literature on apologies in global politics. Acknowledging that interests cannot be ignored, she shows through the cases of Vietnam, Nicaragua, and Iraq/the War on Terror that identities are even more important—leaving us with hope that leadership can make a difference for contrition.
Daniel Philpott, University of Notre Dame

Focusing on U.S. involvement in Vietnam, Nicaragua, and Iraq, this book presents a cogent and compelling analysis of why contrition can be an essential element in American foreign policy—and the enormous obstacles that might well prevent this from taking place.
Mark Gibney, University of North Carolina-Asheville

Loramy Gerstbauer's book makes a rare, valuable effort to address the lack of contrition by the U.S. for its wrongdoings in postwar interventions. Although reconciliation would be important to U.S. identity and foreign relations, Gerstbauer argues convincingly that it is a difficult task given the complex strategic, cultural, and domestic political conditions existing on both sides of conflicts. Her case studies of Vietnam, Nicaragua, and Iraq are particularly enriched by interviews with officials, veterans, activists, victims, and expats from both the U.S. and its former enemy country.
Yinan He, Lehigh University

In this stimulating and provocative book, Gerstbauer explores the possibilities and limitations of contrition in promoting a just world order based on three U.S. interstate conflicts—Vietnam, Nicaragua, and Iraq. This study is an important contribution to the scholarship on international political ethics.
Mark Amstutz, Wheaton College