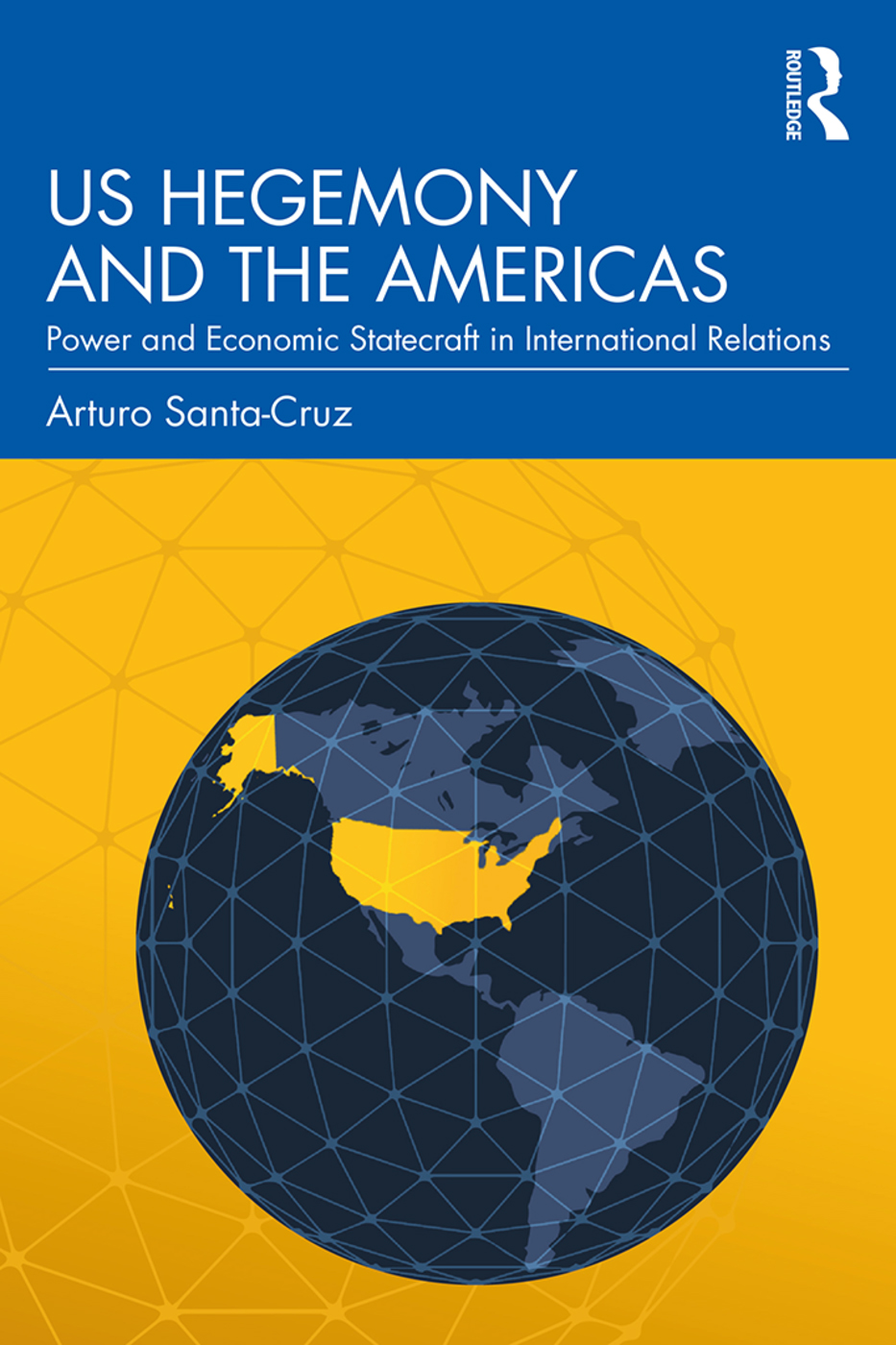 US Hegemony and the Americas

In this book, Arturo Santa-Cruz advances an understanding of power as a social relationship and applies it consistently to the economic realm in United States relations with other countries of the Western Hemisphere. Following the academic and popular debate on the ebb and flow of US hegemony, this work centers the analysis in a critical case for the exercise of US power through its economic statecraft: the Americas—its historical zone of influence. The rationale for the regional focus is methodological: if it can be shown that Washington's sway has decreased in the area since the early 1970s, when the discussion about this matter started, it can be safely assumed that the same has occurred in other latitudes. The analysis focuses on three regions: North America, Central America and South America. Since each region contains countries that have at times maintained very different relationships with the United States, the findings contribute to a better understanding of the practice of US power in the sub-region in question, adding greater variability to the overall results.

US Hegemony and the Americas: Power and Economic Statecraft in International Relations

"This carefully crafted and lucidly written book covers history (case studies of 1971-89, 1990-2000, 2001-16), theory (a discussion of hegemony, power and statecraft), and different facets of the Americas (case studies of Canada, Mexico, Central America and Latin America). A marvel of clear thought about history, theory and the Americas it is one of the best works, probing the rise and falls of American power." — Peter J. Katzenstein, Walter S. Carpenter Jr. Professor of International Studies, Cornell University

"Arturo Santa-Cruz has written a definitive book on US hegemony in the Americas. Perhaps for the first time, an analysis of the Western Hemisphere en masse has been situated in the broader International Relations literature. Santa-Cruz walks us through four decades beginning in 1971, all the while tackling big questions concerning power, hegemony and political and economic statecraft. He argues that the nature of US hegemony in the Western Hemisphere was based largely on economic statecraft and in tact all the way up to the 2016 election of Donald Trump. Since 2016, Washington's hostility toward the entire region and its attempts to pose China as a threat to US hegemony in the Americas, could well turn out to be a self-fulfilling prophecy. This sophisticated book offers a full explanation of how the US got from here to there."

"Arturo Santa-Cruz’s book is a timely re-examination of the pivotal issues facing the Americas. Moving beyond both simplistic notions of hegemony, as well as a narrow geographic ambit, Santa-Cruz combines sophisticated conceptualization with detailed case studies. His conclusions offer valuable insights about the trajectory of power, and the nature and impact of shifts concerning US economic statecraft in the time of the Trump presidency. The book deserves a wide readership among students and scholars both of comparative regional orders and the Western Hemisphere more specially." — Andrew F. Cooper, Professor, the Balsillie School of International Affairs and the Department of Political Science, University of Waterloo

"Arturo Santa-Cruz explores whether the degree of US hegemony (or of asymmetric power) is declining, increasing or holding steady with reference to specific countries and in Latin America as a whole. Other discussions of this question are often ideological and/or polemic. Santa-Cruz tackles the issue lucidly by clarifying concepts, reviewing and comparing data, and taking into account variations among cases and over time." — Abraham F. Lowenthal, Professor Emeritus, University of Southern California

1. Five Decades and Still Going: The Debate on the Decline of US Hegemony

2. Hierarchy and Authority in Regional Orders: The Western Hemisphere

4. Thick Economic Statecraft and the Political Economy of US Power

Arturo Santa-Cruz (Ph D, Cornell University) is Professor at the Pacific Rim Department and Director of the North American Studies Center, at the University of Guadalajara, México. He is the author of Mexico-United States Relations: The Semantics of Sovereignty (2012) and International Election Monitoring, Sovereignty, and the Western Hemisphere Idea: The Emergence of an International Norm (2005); he is co-author of América del Norte, Volume 1 in the series "Historia de las relaciones internacionales de México, 1821–2010" (2011). He is editor or co-editor of, among other works, Introducción a las Relaciones Internacionales: América Latina y la Política Global (2013), The State and Security in Mexico: Transformation and Crisis in Regional Perspective (2012), La Política Sin Fronteras, O la Ubicuidad de lo Distintivo (2012), and El Constructivismo y las Relaciones Internacionales (2009). He has contributed many book chapters, and has published in specialized journals such as International Organization, Journal of Latin American Studies, Estudios Internacionales and Foro Internacional.