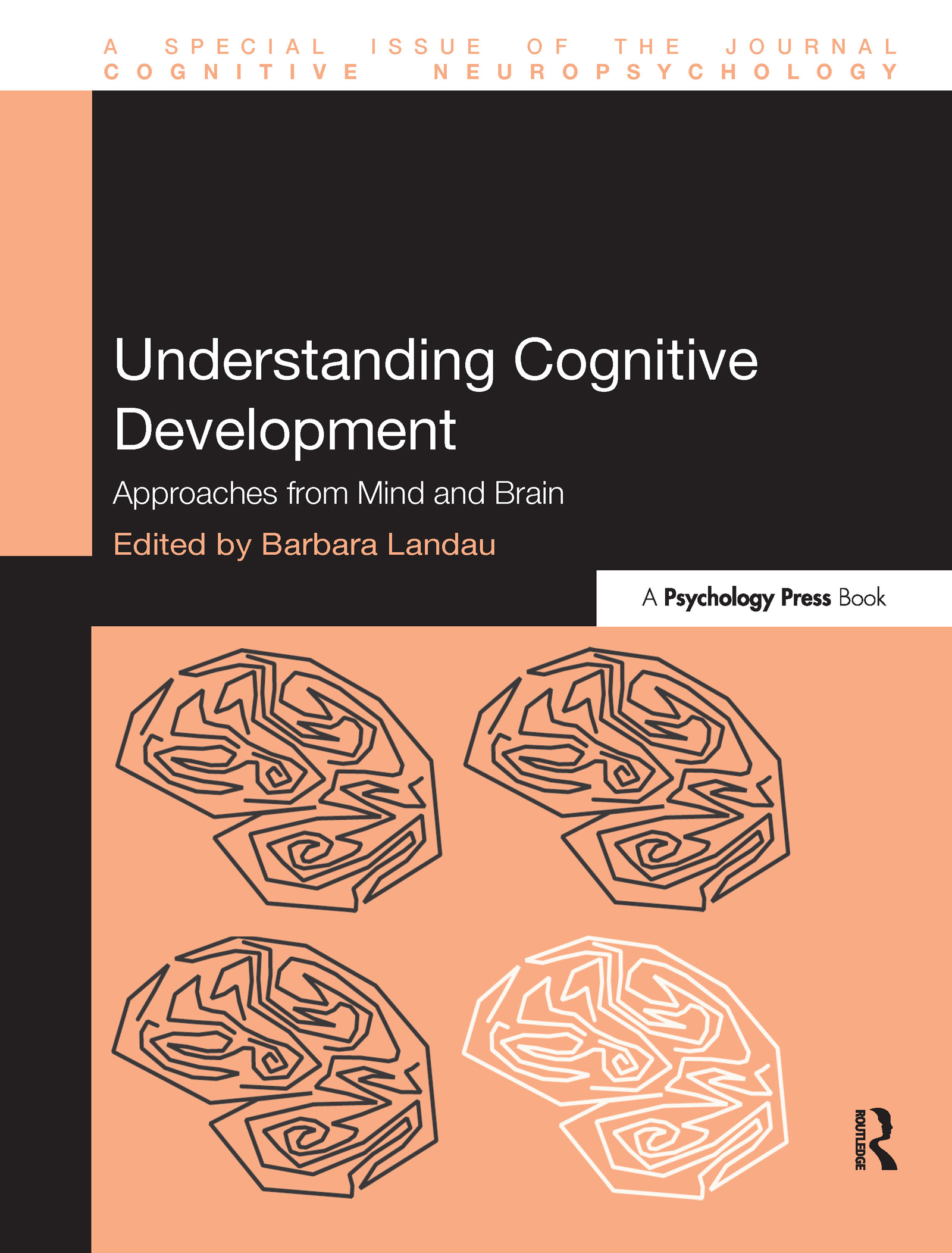 The papers in this volume examine the state of the art in key areas of developmental cognitive neuroscience, focusing on theoretically driven research on cognition and its development. The past decade has seen an increasing number of empirical papers on the relationship between brain and cognitive development. But despite the clearly burgeoning interest in this topic, there is a relative paucity of work motivated by deep theoretical questions about the nature of cognition and its development. Many papers are still in the mode of reporting brain-cognition correlations with a focus on regional activations during brain imaging - a useful approach, but one that is limited with respect to its contributions to understanding the structure of cognition and its development. The papers in this special issue of Cognitive Neuropsychology consider a number of domains and mechanisms in cognition, including language, number, space, faces, reading, memory, and attention, and represent the wealth of approaches and techniques that can be used to shed light on the nature of cognitive development in brain and mind. These include cross-species comparisons, studies of development under experiential deprivation or genetic differences, classical developmental experimentation, and imaging techniques such as NIRS and fMRI which have recently been applied to developmental questions. The combination of solid theorizing together with a broad range of approaches allows a critical but constructive look at the latest findings in the field relevant to answering enduring questions about cognition, its development, and its realization in the developing brain.

1. Introduction to special issue on Understanding Cognitive Development:  Approaches from Mind and Brain Barbara Landau 2. Questioning the questions that have been asked about the infant brain using NIRS Richard Aslin 3. The maps problem and the mapping problem: Two challenges for a cognitive neuroscience of speech and language David Poeppel 4. Insights into the developmental origins of concepts from cognitive neuroscience studies of blindness Marina Bedny 5. Routes to short term memory indexing in deaf native users of American Sign Language Elizabeth Hirshorn 6. Developmental dyslexia: The difficulties of interpreting poor performance, and the importance of normal performance Franck Ramus 7. Genes, language, and the nature of scientific explanations: The case of Williams syndrome Julien Musolino 8. The origins and structure of quantitative concepts Jessica Cantlon 9. A critical review of the development of face recognition: Experience is less important than previously believed Kate Crookes 10. Core knowledge of object, number and geometry: A comparative and neural approach Giorgio Vallortigara

Barbara Landau is the Dick and Lydia Todd Professor of Cognitive Science at the Johns Hopkins University, USA. She received her Ph.D. from the University of Pennsylvania in 1982, and held faculty positions at Columbia University, the University of California, Irvine, and the University of Delaware before she moved to Johns Hopkins in 2001, where she served as Chair of the Cognitive Science Department from 2006-2011. She is a Fellow of the American Academy of Arts and Sciences, the American Association for the Advancement of Science, the Cognitive Science Society, the Association for Psychological Science, and the American Psychological Association. Dr. Landau's scientific research addresses the nature of human spatial understanding, the nature of language, and the relationship between these two systems of knowledge in development and adulthood. Her most recent book is Spatial representation: From gene to mind (2012).