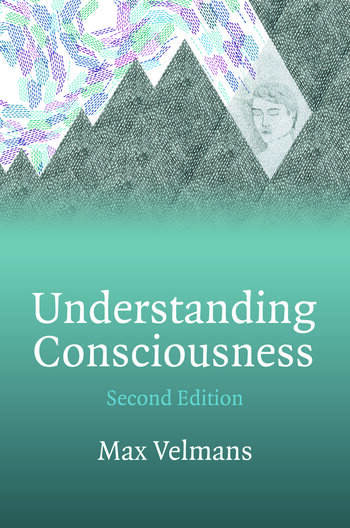 The book is divided into three parts; Part one surveys current theories of consciousness, evaluating their strengths and weaknesses. Part two reconstructs an understanding of consciousness from first principles, starting with its phenomenology, and leading to a closer examination of how conscious experience relates to the world described by physics and information processing in the brain. Finally, Part three deals with some of the fundamental issues such as what consciousness is and does, and how it fits into to the evolving universe. As the structure of the book moves from a basic overview of the field to a successively deeper analysis, it can be used both for those new to the subject and for more established researchers.

Understanding Consciousness tells a story with a beginning, middle and end in a way that integrates the philosophy of consciousness with the science. Overall, the book provides a unique perspective on how to address the problems of consciousness and as such, will be of great interest to psychologists, philosophers, neuroscientists and other professionals concerned with mind/body relationships, and all who are interested in this subject.

"The chapters are arranged in logical and concise portions, resulting in an engaging and effortless read. Velmans gently guides the reader through a comprehensive, but entirely accessible, review of the current state of knowledge concerning consciousness with originality and clarity. This book is inspirational in its ability to stimulate a new level of thinking about consciousness." – Helen Henshaw in The Psychologist

"Velmans work over the past two decades has established his rightful place among the most important philosophers of mind in the area of consciousness studies. This updated edition of his book is especially thought-provoking. It both summarizes and critiques the current literature, and offers innovative directions for future thinking. For those with interests in this area, it will warrant several readings." - Keith Harris in Metapsychology Online

"This book possesses the huge advantage that the limitations in most of the research on consciousness (and many of the previously proposed theories) can be seen with stark clarity from Velmans' theoretical perspective. ... This book is a major contribution to what is often regarded (and probably correctly!) as one of the most difficult areas in the whole of psychology. I am envious of the way in which Max Velmans has grappled with such success with a topic that has defeated so many psychologists over the years." – Michael W. Eysenck, Royal Holloway University of London

"If you're interested in getting a good overview of contemporary approaches to understanding consciousness, both philosophical and experimental, I can recommend Understanding Consciousness, second edition, by British psychologist Max Velmans. Published by Routledge in 2009, you couldn't ask for anything more comprehensive." - Charles T. Tart, Professor, Institute of Transpersonal Psychology, Palo Alto CA, and Professor Emeritus, Psychology, University of California, Davis

"I read this book from beginning-to-end, word-for-word, and even flipped back in turn to each of his 236 fascinating endnotes. ... Velmans’ book goes a long way towards our 'understanding consciousness'." – Bill Faw in Journal of Consciousness Studies

Reviews of the First Edition:

"This is among the best books written about consciousness over the last decade. ... It sets a high standard in the natural philosophy of mind."  -  Professor Adam Zeman, Western General Hospital, Edinburgh in The Lancet

"Those who are engaged in the cognitive sciences should read this book so as to stimulate their own thinking. ... The implications for the field are quite profound."  -  Professor Igor Aleksander, Imperial College, London in Trends in Cognitive Sciences

"This is a fine book. In what has become a crowded field, it stands out as direct, deep, and daring. It should place Max Velmans amongst the stars in the field."  -  Professor Greg Nixon, Prescott College, Arizona in Journal of Consciousness Studies

"This book is excellent. There are lots of books on consciousness, but few which mix the philosophical, psychological and neuroscientific, and even fewer which are written without an axe to grind. ... A lovely book. … I’ll be recommending it to everyone I see."  -  Professor John Kihlstrom, University of California at Berkley

"A splendid assessment of and contribution to the debate about consciousness as it is currently being waged between psychologists, philosophers, some neuroscientists and AI people."  -  Professor Steven Rose, The Open University, UK

"This is a splendid book. ... In my view it should have a profound and lasting effect upon the debate as to the nature and function of consciousness, and should stimulate much new thinking and investigation."  -  Professor David Fontana, University of Cardiff and University of Algarve

"Following the best traditions, the book has an explanatory beginning, an unmissable middle and a happy end. ... It is refreshing to find amongst the consciousness literature a book that is so accessible and focused. Velmans maintains a clarity rarely found in the deep abysses of philosophy, psychology and neurophysiology without departing from the point. Consequently, I would recommend this book equally both to the connoisseur of consciousness studies and to the mere aficionado."  -  Dora Brown, University of Surrey, in The Psychologist

"Velmans launches a sustained and well-reasoned attack on the prevailing 'orthodoxies' of functionalism and other reductionist so-called explanations of consciousness. ...[In] arguing for his own position - his reflexive model - he deeply challenges the reader's assumptions. ... The reflexive model touches on deeply provocative ideas which could yet catalyse the next step forward in understanding consciousness."  -  Les Lancaster, Liverpool John Moore's University, in Consciousness & Experiential Psychology

"Max Velmans has written a fundamentally important book. At a time when many are expressing an increasing interest in our experience of 'consciousness', he presents a coherent and comprehensive survey of the state of knowledge in this field. ... But he does more than this. ... there is a level of original thinking in his writing that makes a useful contribution to the debate about one of the most complex issues of our time."  -  Joan Walton in Caduceus

"Being inspired with lucidity and a true interdisciplinary spirit, Understanding Consciousness is lasting in value."  -  Alexander Batthyany, University of Vienna, in Theory & Psychology

"This second edition of Understanding Consciousness provides readers with an appreciation for what consciousness is, and how we can come to better understand it--without ever losing touch with our intrinsic appreciation that at its very core, each of us takes consciousness very personally. ... I love how this book raises such excellent questions as, "If physical science relies on public, objective data, how can one establish a 'science of consciousness' which relies, at least in part, on subjective experience?" and then proceeds to describe how proponents of differing viewpoints respond." - Cynthia Larson, Host of Living the Quantum Dream

"This book is perfect for anyone seriously interested in consciousness, the nature of reality, the mind, and artificial intelligence--highly recommended!" - Cynthia Larson, Host of Living the Quantum Dream