Understanding Molecules
Lectures on Chemistry for Physicists and Engineers 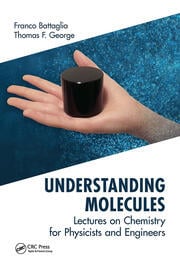 Understanding Molecules: Lectures on Chemistry for Physicists and Engineers

Chemistry is a subject that many students with differing goals have to tackle. This unique general chemistry textbook is tailored to more mathematically-oriented engineering or physics students. The authors emphasize the principles underlying chemistry rather than chemistry itself and the almost encyclopedic completeness appearing in a common textbook of general chemistry is sacrificed for an emphasis to these principles. Contained within 300 pages, it is suitable for a one-semester course for students who have a strong background in calculus. Over 200 problems with answers are provided so that the students can check their progress.

Dr. George’s research specialty is chemical/materials/laser/nanophysics, including nanomedicine. He continues to be an active researcher with 790 papers, 7 authored and 18 edited books. His awards include the Marlow Medal from the Royal Society of Chemistry (UK), Medal of Honor from Gulf University for Science and Technology in Kuwait, and Diploma of Honour from Seinájoki University of Applied Sciences in Finland. He holds honorary doctorates from the University of Szeged in Hungary and Phranakhon Rajabhat University in Thailand, and he has been elected as a foreign member of the Korean Academy of Science and Technology. As a hobby, he plays jazz keyboard and has performed throughout the St. Louis region and overseas in Bosnia, Croatia, China, Hungary, Kuwait, Oman, Romania and Russian Siberia.

Tom has been married since 1970 to Dr. Barbara Harbach, Curators’ Distinguished Professor of Music, director of the School of Fine and Performing Arts, and director of Women in the Arts at the University of Missouri- St. Louis. They are the proud owners (actually, servants) of four cats – two tortoise females (Luna and Stella) and two younger, mischievous males (Jeremiah and Jarrett).

The following review appeared in the July 2019 issue of CHOICE.

Anyone who has taught chemistry to engineers understands that their needs are different from those of a typical chemistry major, biology major, or premed student. Understanding Molecules: Lectures on Chemistry for Physicists and Engineers aims to provide an introduction to chemistry for a group of mathematically oriented students who might only take one class in chemistry. After a brief introduction to atoms, stoichiometry, and the nucleus, the text's major focus is on the physical behavior of atoms and molecules through bonding, spectroscopy, thermodynamics, equilibrium, kinetics, and electrochemistry. It is not a one-volume substitute for a degree in chemistry, however. People with a strong mathematical bent are going to find the book more approachable than those who shy away from books with a high equations-per-page ratio. Like any physical chemistry text, readers need some knowledge of physics, calculus, and linear algebra to make the best use of the book. It is a serious read without splashy photos or sidebars on chemical applications. The book is the entryway to the language of chemistry and the behavior of chemical systems. This is the right book for a niche audience of those seeking a brief look at chemistry from a very mathematical perspective.

Summing Up: Recommended. Advanced undergraduates through faculty and professionals. 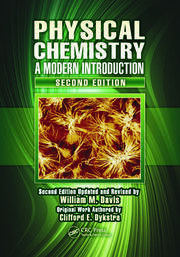 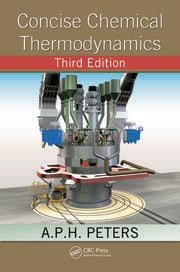 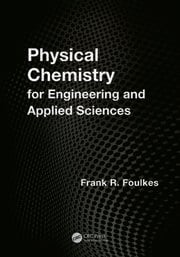