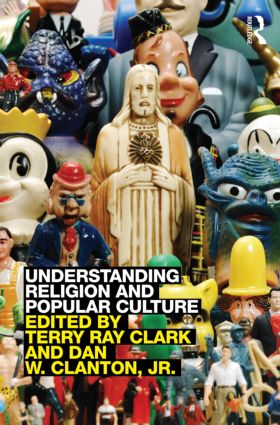 This introductory text provides students with a 'toolbox' of approaches for analyzing religion and popular culture. It encourages readers to think critically about the ways in which popular cultural practices and products, especially those considered as forms of entertainment, are laden with religious ideas, themes, and values. The chapters feature lively and contemporary case study material and outline relevant theory and methods for analysis. Among the areas covered are religion and food, violence, music, television and videogames. Each entry is followed by a helpful summary, glossary, bibliography, discussion questions and suggestions for further reading/viewing. Understanding Religion and Popular Culture offers a valuable entry point into an exciting and rapidly evolving field of study.

"This volume is a particularly useful and worthwhile addition to the growing literature examining the intersection of religion and popular culture. Accessible for the beginner yet insightful for the veteran, it's a good read to boot!" - Eric Michael Mazur, Virginia Wesleyan College, USA

"As we move further into the new century, it becomes ever more important to understand how religions are changing. This book gives valuable insights into the ways that religions are today remade through popular media." - Stewart M. Hoover, University of Colorado at Boulder, USA