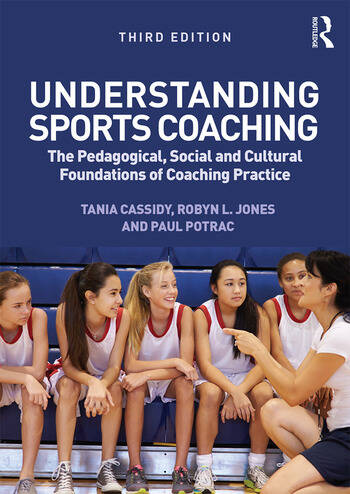 Every successful sports coach knows that good teaching and social practices are just as important as expertise in sport skills and tactics. Now in a fully revised and updated third edition, Understanding Sports Coaching is still the only introduction to theory and practice in sports coaching to fully explore the social, cultural and pedagogical concepts underpinning good coaching practice.

The book examines the complex interplay between coach, athlete, coaching programme and social context, and encourages coaches to develop an open and reflective approach to their own coaching practice. It covers every key aspect of coaching theory and practice, including important and emerging topics, such as:

Understanding Sports Coaching also includes a full range of practical exercises and extended case studies designed to encourage coaches to reflect critically upon their own coaching strategies, their interpersonal skills and upon important issues in contemporary sports coaching. This is an essential textbook for any degree-level course in sports coaching, and for any professional coach looking to develop their coaching expertise.

Tania Cassidy is an Associate Professor in the School of Physical Education, Sport and Exercise Sciences at the University of Otago, New Zealand. She also holds an adjunct position at University College Cork, Ireland. Tania’s research interests are informed by interpretive and critical perspectives and primarily focus on the pedagogy of sports coaching and coach development. She is on the editorial boards of eight international journals, including Sports Coaching Review, International Journal of Sports Science and Coaching and International Sport Coaching Journal.

Robyn L. Jones is a Professor of Sport and Social Theory at the Cardiff School of Sport, Cardiff Metropolitan University, UK, a Visiting Professor (II) at the Norwegian School of Sport Sciences, Oslo, Norway, and a Visiting Associate Principal Lecturer (Research) at Hartpury College, UK.  He has also been a Visiting Professor at the University of Malaysia. He has (co) published in excess of 60 peer reviewed articles and several books on sports coaching and pedagogy; the latter include Sports Coaching cultures, The Sports Coach as Educator and The Sociology of Sports Coaching. In addition to serving on the editorial board of Sport, Education and Society, Robyn is also the General Editor of the Taylor & Francis journal Sports Coaching Review.

"The field of sports coaching is in need of more texts akin to Understanding Standing Sports Coaching, especially if it is to develop the critical, imaginative, caring and thoughtful practitioners that this 'profession' so desperately requires. For me, this book should be a core reading on any undergraduate programme that is seeking to develop graduates with these qualities." - Lee Nelson, Sports Coaching Review