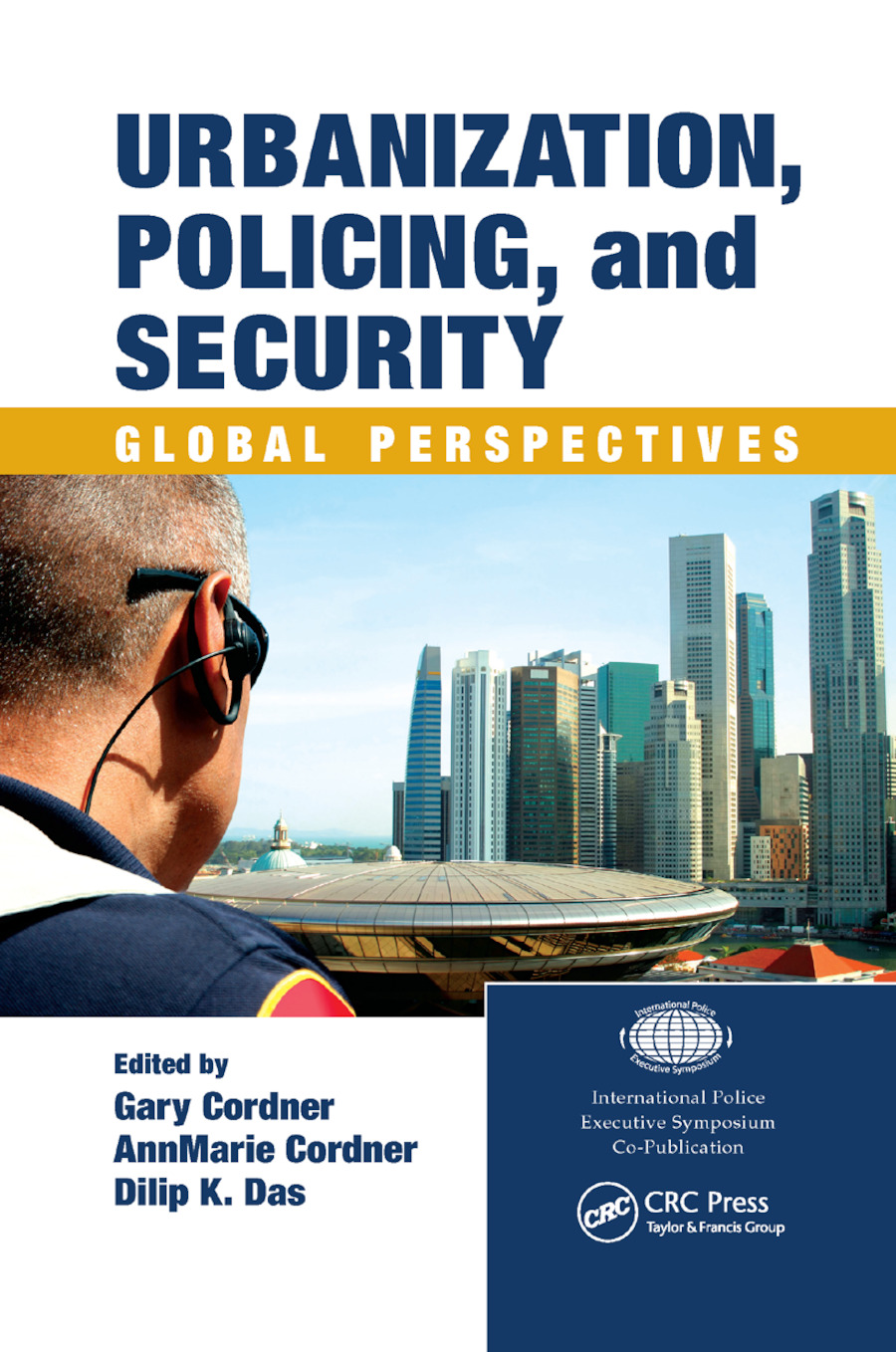 In terms of raw numbers, the amount of world urban dwellers have increased four-fold, skyrocketing from 740 million in 1950 to almost 3.3 billion in 2007. This ongoing urbanization will continue to create major security challenges in most countries. Based on contributions from academics and practitioners from countries as diverse as Nigeria, Pakistan, Azerbaijan, and the US, Urbanization, Policing, and Security: Global Perspectives highlights the crime and disorder problems associated with urbanization and demonstrates police and private security responses to those problems.

The book draws on the practical experiences of police officials and the academic insights of researchers from around the world to detail the consequences of urbanization — crime, terrorism, disorder, drugs, traffic crashes — as well as modern responses to those problems. Covering studies on major cities in more than 18 countries, this text explores topics such as the role of urbanization in security and global concerns including transnational crime, racial profiling, and information sharing. The book also examines responses to urban problems associated with police and security, including human rights activism and police reform.

The tools to devise sophisticated solutions

The problems confronting policing in these times are quite daunting, providing plenty of challenges for police leaders and requiring them to devise increasingly sophisticated solutions. With more than 100 photos and illustrations, the book tackles issues from a different angle. It examines the resources required to solve problems and those necessary to build a knowledge base of policing and the professionalism for police forces.

Gary Cordner is professor emeritus at Kutztown University of Pennsylvania