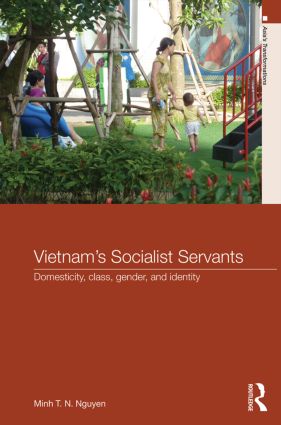 Since Vietnam introduced economic reforms in the mid-1980s, domestic service has become an established sector of the labour market, and domestic workers have become indispensable to urban life in the rapidly changing country. This book analyzes the ways in which the practices and discourses of domestic service serve to forge and contest emerging class identities in post-reform Vietnam. Drawing on a rich and diverse range of qualitative data, including ethnographies, interviews, and narratives, it shows that such practices and discourses are rooted in cultural notions of gender and rural-urban difference and enduring socialist structures of feeling, which, in turn, clash with the realities of growing differentiation. Domestic workers’ experiences reveal negotiations with class boundaries actively set by the urban middle class, who seek distinction through emerging notions and practices of domesticity. These boundaries are nevertheless riddled with gender and class anxiety on the side of the latter, partly because of the very struggles and contestations of the domestic workers. More broadly, Minh T. N. Nguyen links the often invisible intimate dynamics of class formation in the domestic sphere with wider political economic processes in a post-socialist country embarking on marketization while retaining the political control of a party-state.

As a pioneering ethnographic study of domestic service in Vietnam today, this book will be of great interest to students and scholars of Southeast Asian culture & society, social anthropology, gender studies, human geography and development studies.

"This is an easy-to-read work with engaging stories that do not damage its academic rigor. It provides us a window into understanding current Vietnamese society, gender relations, and daily family life. I learned a lot from this book regarding cultural practices and I trust that readers will also find many parts of this work very useful in their research into gender, labour, or migration." - Hong-zen Wang, Pacific Affairs: Volume 89, No. 3 – September 2016

"This is but one of the many striking insights Nguyen presents in her study, which I regard as a significant contribution to the anthropology of Vietnam, as well as to the global literature on migration and social reproduction. As studies of domestic work elsewhere have shown, maids frequently act as a catalyst for anxieties around status, class boundaries and gender roles in contexts of rapid social change. Nguyen’s work offers us a fascinating insider account of how these contradictions play out in both familiar and unique ways in the Vietnamese context." - ASHLEY CARRUTHERS, Australian National University, The Asia Pacific Journal of Anthropology