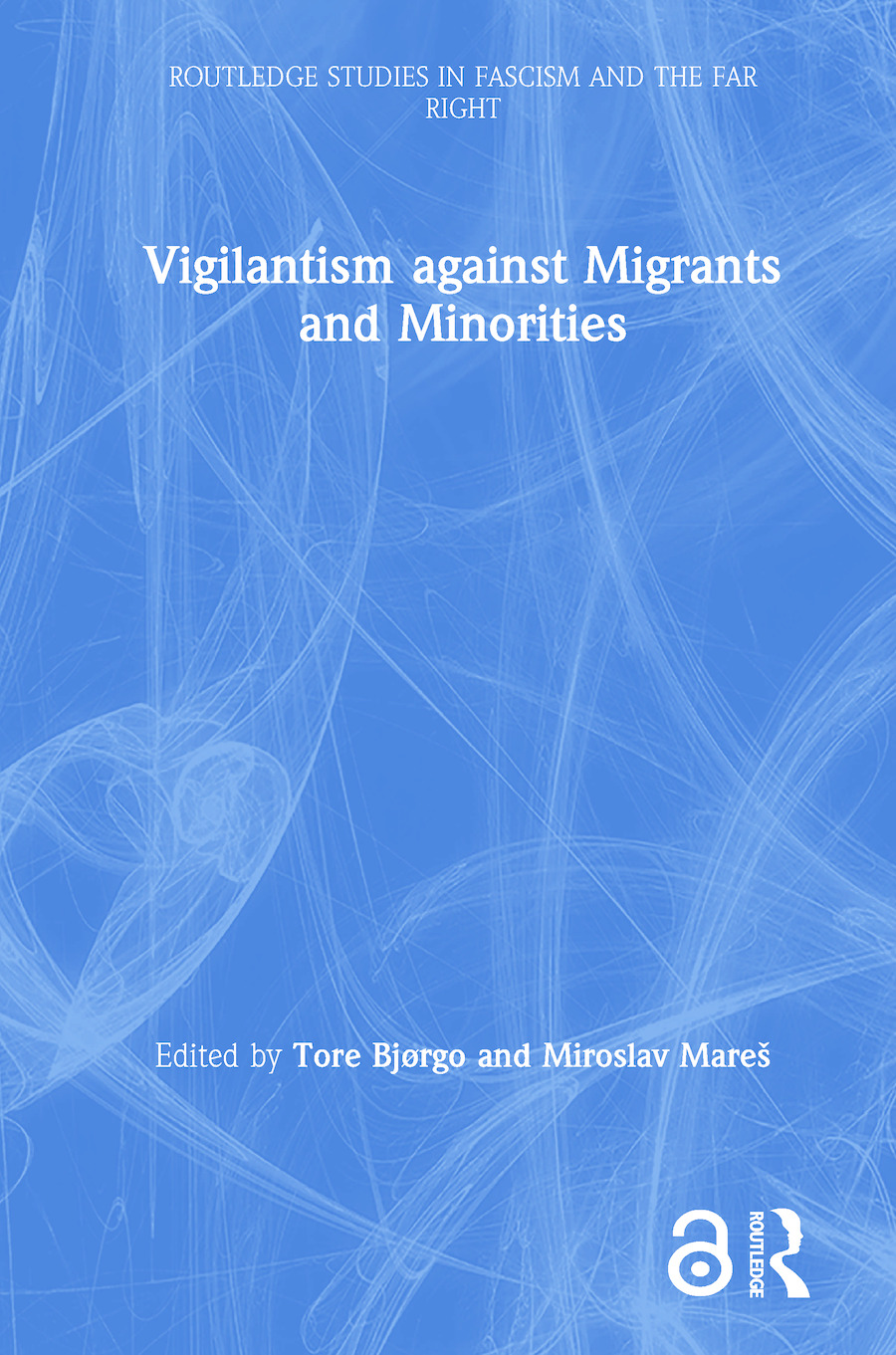 This edited volume traces the rise of far right vigilante movements – some who have been involved in serious violence against minorities, migrants and other vulnerable groups in society, whereas other vigilantes are intimidating but avoid using violence.

Written by an international team of contributors, the book features case studies from Western Europe, Eastern Europe, North America, and Asia. Each chapter is written to a common research template examining the national social and political context, the purpose of the vigilante group, how it is organised and operates, its communications and social media strategy and its relationship to mainstream social actors and institutions, and to similar groups in other countries. The final comparative chapter explores some of the broader research issues such as under which conditions such vigiliantism emerges, flourishes or fails, policing approaches, masculinity, the role of social media, responses from the state and civil society, and the evidence of transnational co-operation or inspiration.

This is a groundbreaking volume which will be of particular interest to scholars with an interest in the extreme right, social movements, political violence, policing and criminology.

"Law and order do not always go together. Vigilantism as citizens attempt to enforce order outside the law is rising. Comprehensive studies about the phenomenon have been lacking. The 17 case studies and the conceptual and comparative discussion by the editors go a long way to fill the void. A must read in these times of rising populism and xenophobia." - Prof. em. Alex P. Schmid, Editor-in-Chief of 'Perspectives on Terrorism' and former Officer-in-Charge of the Terrorism Prevention Branch of UNODC.

"Theoretically astute, empirically sound, this volume is the authoritative source on the growing phenomena of vigilantism around the world. This study is essential reading for anyone who is interested in understanding the changing nature of coercion, and the shifting relations of social and political order in the 21st century." - James Sheptycki, York University, Canada.

"Vigilantism poses a serious threat to democracy. It is therefore an important, yet understudied phenomenon in criminology. This edited volume raises important issues regarding the conditions under which different kinds of vigilantism emerge. Using case studies from different countries, this edited volume provides challenging new insights which are of importance to both academics and policy makers." - Prof. Lieven Pauwels, Ghent University, Belgium.

"This book is richly researched and extremely timely. The spread of vigilantism in our increasingly fractured world should stimulate debate about the nature and significance of state power, whether ‘private’ vigilante actors are in fact detached from their governments, and when right-wing vigilantism becomes a necessary component of state Fascist operations." - Prof. Martha K. Huggins, Tulane University (emerita), USA.

1. Vigilantism against Migrants and Minorities ‒ Concepts and Goals of Current Research

2. Ku Klux Klan: Vigilantism against Blacks, Immigrants and Other Minorities

3. Jewish Vigilantism in the West Bank

5. Violent Attacks against Migrants and Minorities in the Russian Federation

6. Anti-Immigration Militias and Vigilante Groups in Germany: An Overview

7. Vigilante Militias against Roma and Migrants in Hungary

8. Vigilantism in Slovakia and the Czech Republic

9. The Minutemen: Patrolling and Performativity Along the U.S. / Mexican border

10. Vigilante Groups against Ethnic Minorities and Migrants in Bulgaria

11. Vigilantism in Greece: The Case of the Golden Dawn

12. Forza Nuova and the Security Walks: Squadrismo and Extreme Right Vigilantism in Italy

13. Beyond the Hand of the State: Vigilantism against Migrants and Minorities in France

14. Vigilantism in the United Kingdom: Britain First and "Operation Fightback"

15. The Soldiers of Odin in Finland: From a Local Movement to International Franchise

16. Sheep in Wolf’s Clothing? The Taming of the Soldiers of Odin in Norway

17. Soldiers of Odin in Canada: The Failure of a Transnational Ideology

19. Comparative Perspectives on Vigilantism against Migrants and Minorities

Tore Bjørgo, Dr., is Director of the Center for Research on Extremism: The Far Right, Hate Crime and Political Violence (C-REX), professor at the University of Oslo, and adjunct professor at the Norwegian Police University College (PHS). His main fields of research have been political extremism and terrorism, racist and right-wing violence, disengagement from violent groups, delinquent youth gangs, crime prevention, and policing. He is associate editor of the journal Perspectives on Terrorism. He has (co)authored or (co)edited sixteen books, including Racist and Right-Wing Violence in Scandinavia (1997), Root Causes of Terrorism (2005), Perspectives of Police Science in Europe (2007), Leaving Terrorism Behind: Individual and Collective Disengagement (2009), Strategies for Preventing Terrorism (2013), Preventing Crime: A Holistic Approach (2016), The Dynamics of a Terrorist Targeting Process: Breivik and the 22 July Attacks in Norway (2016), and a special issue on Terrorism from the Extreme Right (2018). https://orcid.org/0000-0003-3985-4444

, PhD,is professor at the Department of Political Science, Faculty of Social Studies Masaryk University (FSS MU). He is guarantor of the study program Security and Strategic Studies and researcher at the International Institute of Political Science of the FSS MU. He focuses on research of political violence and extremism and security policy, specifically in the Central European context. He is a member of the editorial board of the Radicalisation Awareness Network (RAN) in the EU. He is a co-author (with Astrid Bötticher) of the book Extremismus – Theorien – Konzepte – Formen (Oldenbourg Verlag, 2012) and co-author (with Jan Holzer and Martin Laryš ) of the book Militant Right-Wing Extremism in Putin´s Russia. Legacies, Forms and Threats (Routledge, 2019) and author or co-author more than 200 scientific academic articles, chapters and books. https://orcid.org/0000-0002-7102-3205