War, Government, and Society in the Medieval Crown of Aragon 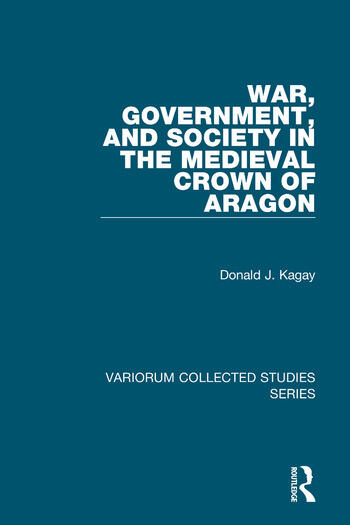 War, Government, and Society in the Medieval Crown of Aragon

The focus of this collection of articles by Donald J. Kagay is the effect of the expansion of royal government on the societies of the medieval Crown of Aragon. He shows how the extensive episodes of warfare during the 13th and 14th centuries served as a catalyst for the extension of the king's law and government across the varied topography and political landscape of eastern Spain. In the long conflicts against Spanish Islam and neighbouring Christian states, the relationships of royal to customary law, of monarchical to aristocratic power, and of Christian to Jewish and Muslim populations, all became issues that marked the transition of the medieval Crown of Aragon to the early modern states of Catalonia, Aragon and Valencia, and finally to the modern Spanish nation.

Contents: Preface; The national defense clause: Princeps namque and the emergence of the Catalan state; Army mobilization, royal administration and the realm in the 13th-century Crown of Aragon; A shattered circle: eastern Spanish urban fortifications and their repair during the war of the Two Pedros; Rule and mis-rule in medieval Iberia; The King's right must be preferred to the Lord's: sovereignty and suzerainty in the treatises of Pere Albert; Rebellion on trial: the Aragonese UniÃ³n and its uneasy connection to royal law, 1265-1301; Structures of baronial dissent and revolt under Jaime I of Aragon-Catalonia (1213-76); The 'treasons' of Bernat de Cabrera: government, law, and the individual in the late medieval crown of Aragon; Pere Albert: Barcelona canon, royal advocate, feudal theorist; Law and memory: the many aspects of the legal inquisition in the medieval crown of Aragon; Poetry in the dock: the court culture of Joan I on Trial (1396-98); The line between memoir and history: James I and the Llibre dels Feyts; The essential enemy: the image of the Muslim as adversary and vassal in the law and literature of the medieval crown of Aragon; Index.