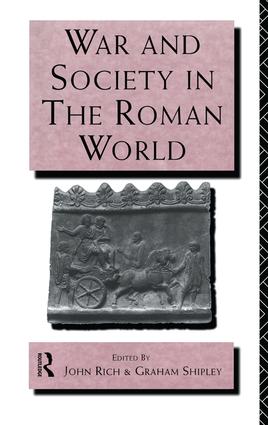 War and Society in the Roman World

This volume focuses on the changing relationship between warfare and the Roman citizenry; from the Republic, when war was at the heart of Roman life, through to the Principate, when it was confined to professional soldiers, and to the Late Empire and the Roman army's eventual failure.