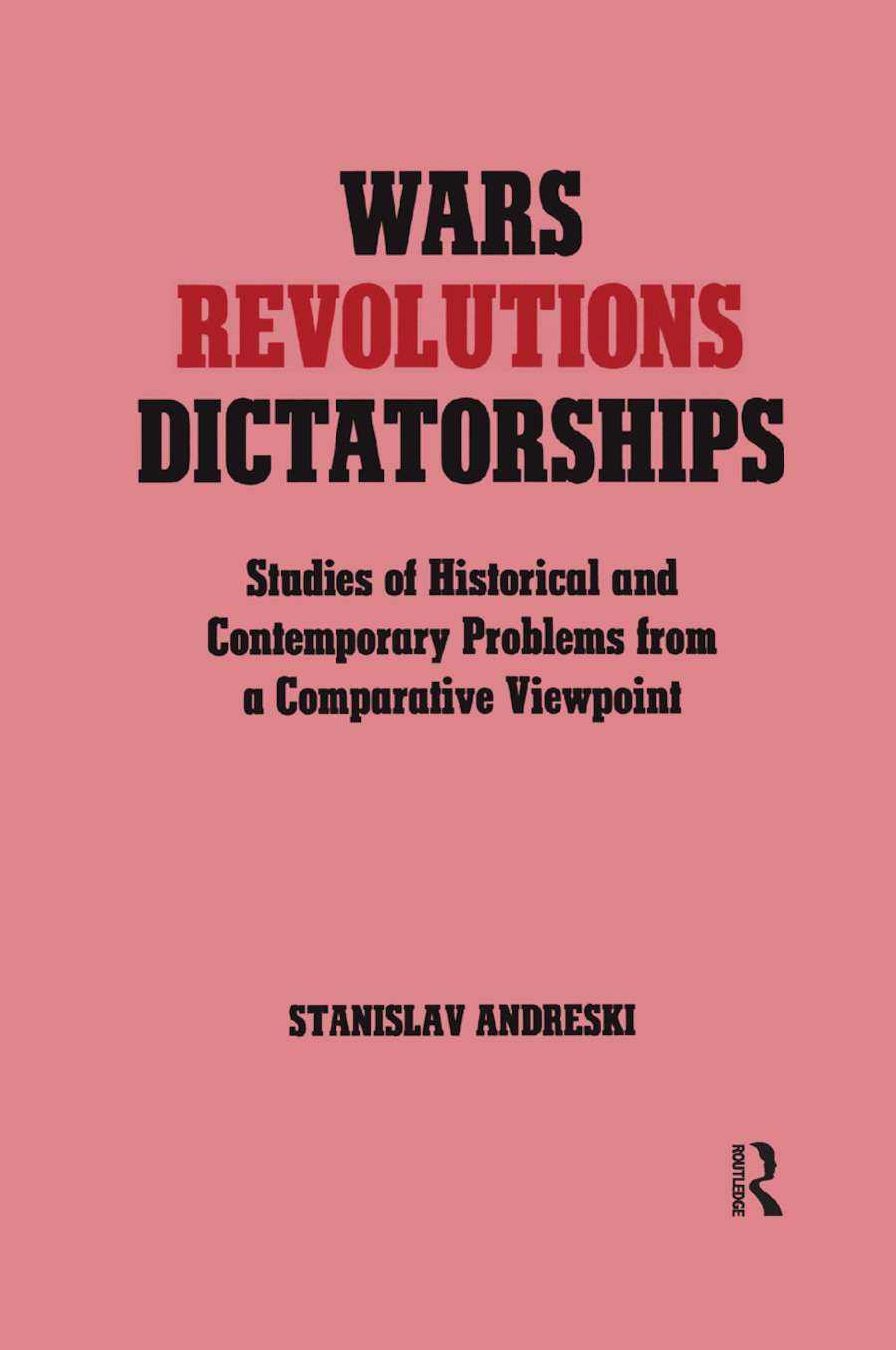 Studies of Historical and Contemporary Problems from a Comparative Viewpoint, 1st Edition

First Published in 1992. Routledge is an imprint of Taylor & Francis, an informa company. We can define war as organised fighting between groups of individuals belonging to the same species but occupying distinct territories, thus distinguishing war from fights between isolated individuals as well as from struggles between groups living intermingled within the same territory, which can be classified as rebellions, revolutions, riots and so on.The articles included in this volume were written in the 1970s and 1980s and published in very diverse journals and proceedings of conferences, in one case only in German.

This is a book which should make you nod, bristle and pause. Above all it is a book to make you think. As such it is a treasure Mark Galeotti, University of Keele

1. The Importance of War in the Biological and Cultural Evolution of Mankind 2. A Typology of Revolutions from a Morphological Viewpoint 3. Definitions and Validation in the Study of Revolutions 4. Four Metaphors for Analysing Causes of Revolutions 5. On the Revolutionary Tendencies in Latin America 6. On History, Theory and Explanation 7. The Fascists and the Old Ruling Classes 8. Fascists as Moderates 9. Pseudo-Fascism Against Semi-Fascism in Poland Between the World Wars 10. What is Unique in Apartheid? 11. On the Peaceful Disposition of Military Dictators 12. Is Sociotechnics Desirable and Possible, or has it Always Existed? 13. Military Art and Mind 14. Italian Military Inefficiency: An Explanation 15. Nationalism, Inequality of Classes and Dictatorship in New States: A Brief Survey of Broad Differences and Similarities in Hispano- America, Eastern Europe and Tropical Africa 16. The Meaning of Imperialism and Some Related Concepts 17. Imperialism: Past and Future 18. Pacifism and the Nature of War, 19. The Ecological Predicament and the Danger of Dictatorship 20. Why Not Enough is Being Done About Ecological Dangers