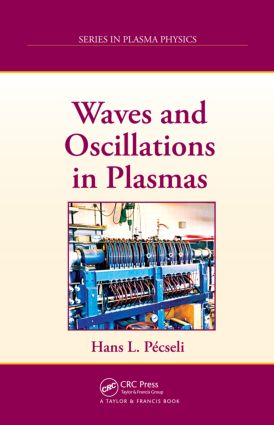 Waves and Oscillations in Plasmas

Winner of an Outstanding Academic Title Award from CHOICE Magazine

The result of more than 15 years of lectures in plasma sciences presented at universities in Denmark, Norway, and the United States, Waves and Oscillations in Plasmas addresses central issues in modern plasma sciences. The book covers fluid models as well as kinetic plasma models, including a detailed discussion of, for instance, collisionless Landau damping. Offering a clear separation of linear and nonlinear models, the book can be tailored for readers of varying levels of expertise.

Designed to provide basic training in linear as well as nonlinear plasma dynamics, and practical in areas as diverse as the space sciences, laboratory experiments, plasma processing, and more, this book includes:

Waves and Oscillations in Plasmas

provides a solid foundation in basic plasma physics and its applications, giving a practical introduction to more advanced methods as well. Including simple physical interpretations where possible, this comprehensive, classroom-tested book places plasma sciences in the logical context of general classical physics.

"The first edition of this book, which covers both plasma physics theory and its applications, has been an excellent resource for many physicists. It is my pleasure to highly recommend this book to plasma physicists at all levels."

"This excellent, comprehensive work addresses both the foundations of and advanced methods in the field. Pécseli (Univ. of Oslo, Norway) based the book on lectures he gave over 15-plus years in Norwegian, Danish, and American universities. Distinct sections effectively illustrate the diversity and potential of plasma physics, covering both fluid models and kinetic plasma models and linear and nonlinear processes. The author also explains experimental results from both laboratory and space plasmas. Each of the volume's 24 chapters advances a particular focus, and chapters can be flexibly modified to meet the needs of a wide range of readers, depending on their backgrounds. The book includes exercises at different levels along with short sections suitable as a basis for student presentations. A concise summary of plasma instabilities and common mathematical tools are provided in the appendixes. Statistical aspects of plasmas are limited in the main body of the book, but covered for collision processes within one appendix. This work fills a critical niche in fleshing out the full range of classical physics. Summing Up: Highly recommended. Upper-division undergraduates and above."

Plasma as a Mixture of Charged Gases