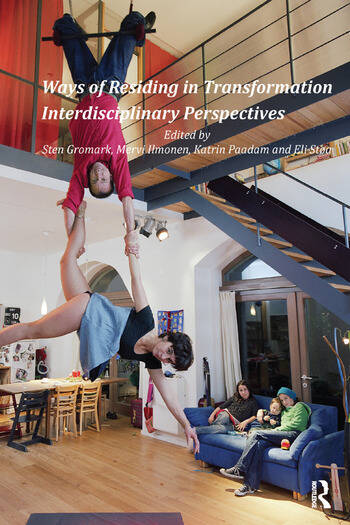 Profound transformations in residential practices are emerging in Europe as well as throughout the urban world. They can be observed in the unfolding diversity of residential architecture and spatially restructured cities. The complexity of urban and societal processes behind these changes requires new research approaches in order to fully grasp the significant changes in citizens lifestyles, their residential preferences, capacities and future opportunities for implementing resilient residential practices. The international case studies in this book examine why ways of residing have changed as well as the meaning and the significance of the social, economic, political, cultural and symbolic contexts. The volume brings together an interdisciplinary range of perspectives to reflect specifically upon the dynamic exchange between evolving ways of residing and professional practices in the fields of architecture and design, planning, policy-making, facilities management, property and market. In doing so, it provides a resourceful basis for further inquiries seeking an understanding of ways of residing in transformation as a reflection of diversifying residential cultures. This book will offer insights of interest to academics, policy-makers and professionals as well as students of urban studies, sociology, architecture, housing, planning, business and economics, engineering and facilities management.

Sten Gromark is a Dr Professor of Architecture, Architect SAR/MSA, at Chalmers School of Architecture, Göteborg, Sweden, within the theme of Modern & Residential Architecture, Unit for Building Design. He has been active in research on architectural sociology in international cooperation concerned with residential issues but has also published reflections on the influence of philosophical concepts within contemporary European architecture based on humanistic and social science oriented interpretations. He is the vice director of the Formas supported Strong Research Environment Architecture in Effect 2011-2016 hosted by KTH in Stockholm and was the co-coordinator of the NordForsk supported Nordic-Baltic researcher network Visurf 2008-2011. Since 2012 he co-coordinates the CIB Commission W069 on Residential Studies. He is currently the Director of the Research Environment AIDAH, Architectural Inventions for Dwelling, Ageing and Healthcaring supported by Formas 2014-2018 and hosted by Chalmers Architecture.

Mervi Ilmonen is Research Fellow at YTK Land Use and Urban Studies Group at Aalto University. She has a wide experience of both nationally and internationally funded research projects and management of research. Her main fields interests in research and teaching are urban studies, urban culture, housing and urban policies covering questions from developing suburbia to creative city. Her latest publications concern the significance of corner stores in the production of urban culture and a living urban environment. Though coming originally from social policy, she has a long-standing experience in interdisciplinary research. She is active in several national and international expert groups in planning and urban studies: a council member of AESOP (Association of European Schools of Planning) since 2008 and Deputy Chair of AESOP Congress 2010 in Helsinki, a board member of EURA (European Urban Research Association) since 2002 and organizer of several NSBB (Nordic Group of Housing and Urban Research) conferences. She is also a long time editor of the Finnish Journal of Urban Studies.

Katrin Paadam is a Dr Professor of Sociology at the School of Economics and Business Administration at the Tallinn University of Technology. Her theoretical interests lie in conceptualizing ways of residing in also symbolically charged spatial-architectural settings as they relate to the construction of meanings, identities and well-being of individuals, along residential histories and social practices, especially in the structural conditions of transforming societies. Together with her team she has been engaged in research of public and private rental housing issues, related market strategies and policies; the latest research include practices in residential and public spaces within processes of waterfront regeneration, urban renewal, gentrification, spatial conversion. She has been a partner in interdisciplinary European and Nordic urban housing projects, also in the research on European identities, and involved in NSBB activities. She was a co-coordinator of the Nordic-Baltic researcher network Visurf and co-coordinates CIB W069 on Residential Studies.

Eli Støa is a Dr Professor of Housing at the Faculty of Architecture and Fine Arts at the Norwegian University of Science and Technology. Her research and publications have mainly been on issues related to sustainable residential practices and the interplay between housing architecture, values and use. This covers questions related to the meaning of second homes, the role of architecture in transitions towards a low-carbon society and the interplay between social and environmental sustainability. Lately she has also been engaged in research on housing for refugees and asylum seekers looking into how architecture may affect understandings of others and us. Støa is active in the European Network of Housing Research (ENHR) as one of the coordinators of the working group on Housing and Urban Sustainability. She was the first editor of a book titled Utopia Revisited - Towards a Carbon-Neutral Neighbourhood at BrÃ¸set (Fagbokforlaget 2014).